'The progress that was made in this area must not be erased.', said The United Nations' Political Chief Rosemary DeCarlo in a statement while expressing concern over the situation of women and girls in Afghanistan. 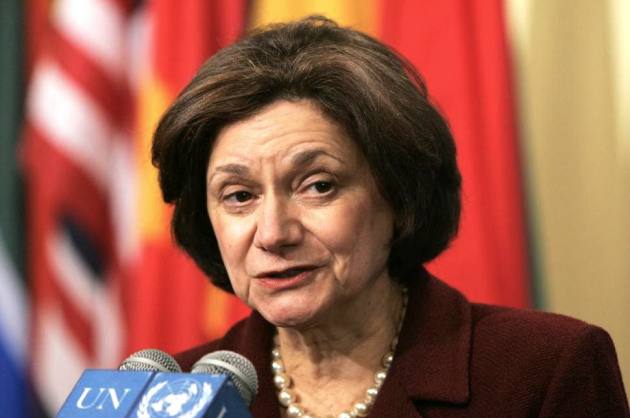 The UN political chief ended a three-day visit to Afghanistan on Thursday saying she had “frank and useful” discussions with a wide range of people, including senior Taliban officials “about what needs to be done to bring about an Afghanistan that is inclusive, abides by its human rights obligations and is a resolute partner in suppressing terrorism.

U.N. spokesman Stephane Dujarric said that during her discussions with Taliban Foreign Minister Amir Khan Mutaqi and senior Taliban representative Mawlavi Abdul Kabir, Rosemary DiCarlo “emphasized the paramount importance of ensuring that all Afghans — men, women, youth and religious and ethnic groups and minorities, as well — can all take part in governance and public life.”

DiCarlo said in a statement that there is serious concern about the situation of women and girls in Afghanistan.

“As I heard again during my visit, the women and girls of Afghanistan want to be able to go to school, work and take part in public life, free of discrimination,” she said.

“The progress that was made in this area must not be erased.”

Women's rights activists in the Afghan capital, Kabul, said earlier this month that a recent Taliban decree banning forced marriage was not enough to address the issue of women's rights and they would continue fighting for their rights to education, employment and participation in Afghan political and social life.

The Taliban overran most of Afghanistan as U.S. and NATO forces were in the final stages of their chaotic withdrawal from the country after 20 years. Taljban forces entered Kabul on Aug. 15 without any resistance from the Afghan army or the country's president, Ashraf Ghani, who fled.

Thee Taliban initially promised tolerance and inclusiveness toward women and ethnic minorities. However, Taliban actions so far, such as renewed restrictions on women and the appointment of an all-male government, have been met with dismay by the international community.

During her visit, DiCarlo also met with political figures, women leaders, members of civil society and the diplomatic community and reiterated that the UN will stay and provide help and assistance in Afghanistan, where political turmoil has contributed to a dire humanitarian situation.

“The U.N. has been in Afghanistan since 1949 and, as demonstrated during the recent crisis, we do not intend to abandon the Afghan people,” she said.