Hemant Rajput (36) had earlier been ordered by a family court to pay Rs 3,500 per month as maintenance to his former wife under the divorce agreement formalised between them, police said. 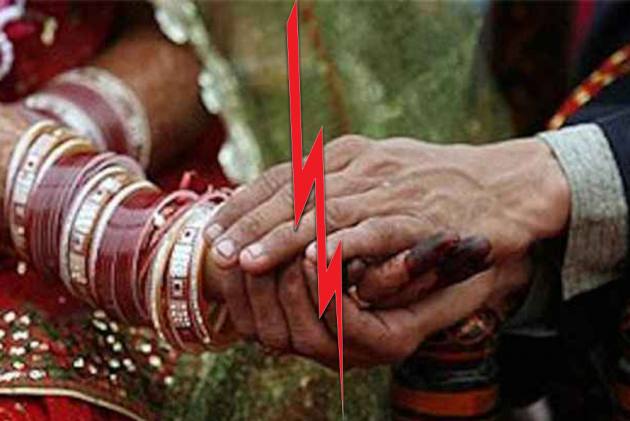 A man walked at the head of a procession comprising kin and friends to get himself arrested after citing inability to pay a maintenance amount of Rs 95,500 to his former wife, Vadodara police said Tuesday.

Hemant Rajput (36) had earlier been ordered by a family court to pay Rs 3,500 per month as maintenance to his former wife under the divorce agreement formalised between them, police said.

The unpaid amount had accrued to Rs 95,500 over a period of time, an official added.

"On Monday, Rajput came on the shoulder of his friend in a procession which included his parents to the police station to get himself arrested. He said that he was unable to pay Rs 95,500 as maintenance to his former wife," said F K Jogal, inspector, Bapod police station.

He said that Rajput's former wife had approached court recently over non-payment of maintenance and it had ordered Rajput to pay Rs 95,500 or undergo a jail term of 270 days.

The official said that the couple had divorced after 15 years of marriage with the woman complaining about frequent quarrels and Rajput's reluctance to live separately from his
parents.

Jogal said that Rajput was arrested and sent to jail for a period of 270 days as per the order of the family court.