Unconventional Ways To Drape A Sari This Diwali

This Diwali drape your sari in different ways with modern coordinates 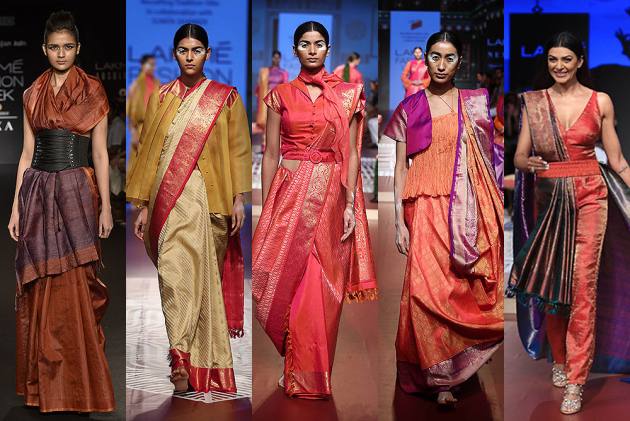 Ditch the conventional style and drape your sari in an innovative way this Diwali. The festive season has just kicked off and Diwali is knocking at the door. We all know that a sari remains the most versatile garment in the Indian wardrobe. Designer Gunjan Jain says, “The sari is a democratic garment that does not judge a woman by her body type. It is one garment which can be draped in the most traditional to the most fashionable way in which one can make a personal statement. In my work, I have constantly tried to break the notion that a sari is a restrictive garment.”

After all, for centuries we have witnessed women performing all sorts of activities in a sari – mothering her child, ploughing in the field or practicing dance. The best advantage is that one sari can be worn in innumerable ways. “I always encourage women to style their saris in ways that would encourage free movement and multi-task. How a sari is worn should be a sign of women asserting their individuality and not confirming to restrictive traditions. Wearing a Sari in style means much more than making a style statement, it can be a political statement as well,” adds Gunjan Jain.

Sari is actually one of the oldest traditional garments that has relevance today, the reason is simply because of its versatility and the freedom to explore various drapes, non-conformity in conformity.  It is the only attire that is inclusive of any body structure, size, shape or colour.

Drape Your Independence Through Your Own Style Of Dressing

Designer Sunita Shankar says, “In India traditionally the sari's length, width varies and there are numerous ways to drape a sari varying from region to region. Hence working on drapes teaming  and pairing with modern coordinates seems to be a natural progression process.” And most importantly as fashion influencer,  Aishwarya Sharma says, "The uniqueness of sari is that you don’t need any specific size to wear it and that’s probably the beauty of the saree. So wear it however you like to, drape it around and play with it!"

Here are five innovative ways to drape a sari 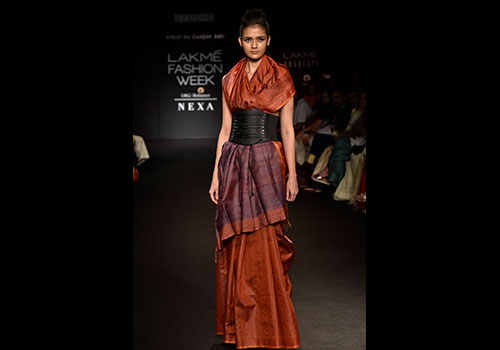 To add a little quirk to your dressing, all you need to do is drape your sari in a different way by wearing a funky belt around your waist to keep the pallu in place. 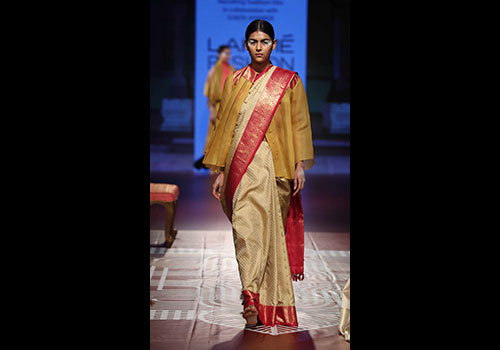 Pairing sari with a blazer

This is a regular drape, which has been teamed with a sleeveless blouse and yellow pleated organza blazer. 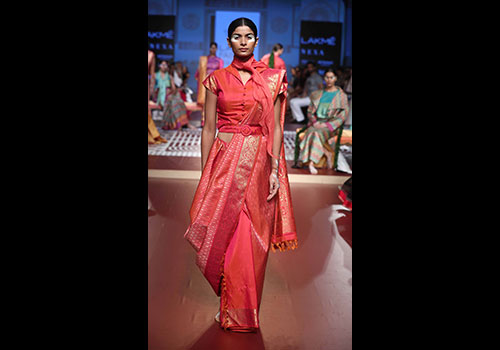 Drape a sari by beginning with pleating in front carrying it with an exaggerated cowl on one side and pleating the pallu over the shoulder. It is also a belted style to keep the drape of the sari secure. The blouse is a contemporary fitted style with cap sleeves. The drape is further dramatized by throwing in an organza scarf. 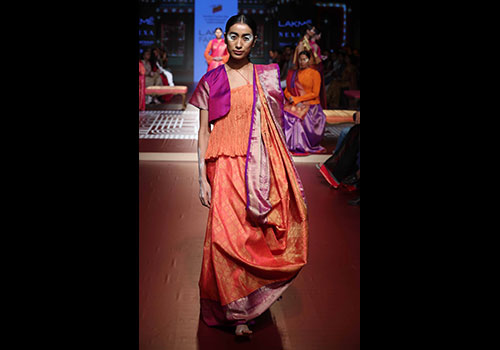 The sari is worn over a crushed silk halter top paired with a silk bolero. This sari has been worn by tucking it one end, draping it around, pleating on one side, with an exaggerated cowl in front before pleating the pallu over the shoulder. 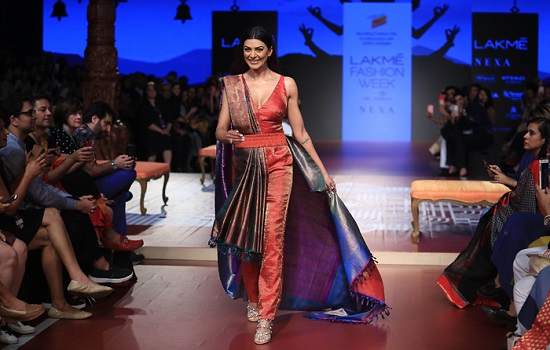 Reversible sari teamed with a jumpsuit

Sushmita Sen is draping a reversible sari and show both the sides. It is teamed with a jumpsuit which is in silk and gold fabric. A fabric belt was required to secure the drape. Sari is pleated at the back with the two ends or the two pallus. One pallu was secured in front by the belt by pleating it over the shoulder. The other pallu which is longer is left free for her to gracefully drape and play around making both the sides of the sari visible.