The bridge on Kalnagini river in South 24 Parganas district caved in the morning. 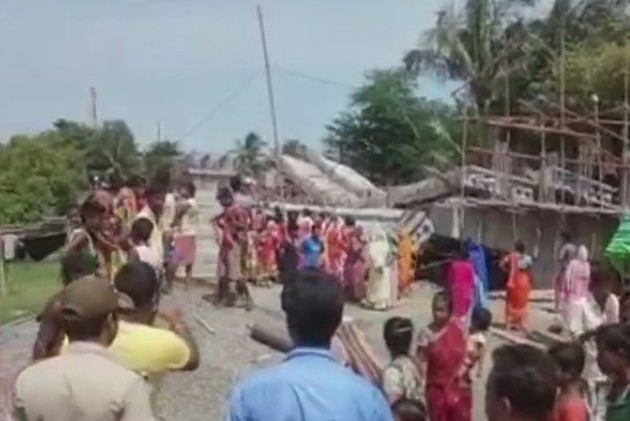 An under-construction bridge collapsed in West Bengal's Kakdwip area on Monday, making it third such incident in the state this month.

According to agency reports, the bridge on Kalnagini river in South 24 Parganas district caved in in the morning, but there no injuries have been reported so far till the time of filing the report.

“The incident happened on Monday morning. We are waiting for further details,” PTI quoted the district magistrate of South 24 Parganas, Y Ratnakara Rao, as saying. A team has reportedly been rushed to the site of the mishap.

#WestBengal: An under-construction bridge collapsed on Kalnagini river at Kakdwip in South 24 Parganas district. No injuries reported till now. pic.twitter.com/7PDm3xJsJ6

On September 4, a 50-year-old bridge in Majerhat which connects Kolkata to South 24 Paraganas had collapsed, claiming three lives and injuring 27 persons.