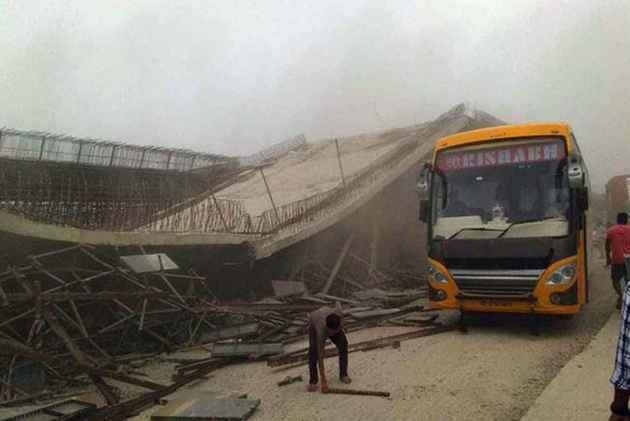 At least four people were injured after a lintel of a flyover on National Highway 28 was collapsed in Uttar Pradesh's Basti on Saturday early morning.

Two more people are feared trapped under the debris. The rescue operation is underway.

No reports of causalities have been reported yet.

Meanwhile, Uttar Pradesh Chief Minister has instructed the local administration to initiate immediate relief work and provide all possible help to the needy.

A similar incident took place on May 15, in which 18 people were killed after an under-construction flyover collapsed in Varanasi.