Understanding Terror Attacks And Making Sense Of Our Loss

Acts of terrorism have been carried out in the name of Judaism, Islam, Christianity and Hinduism. So where does this leave us? Who do we blame? 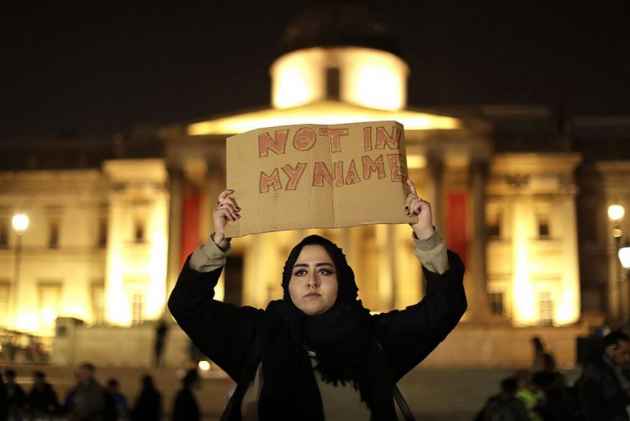 On July 11, India woke up to the news of the terror attack on Amarnath pilgrims in Jammu and Kashmir where 7 people were killed mercilessly. Nearly exactly to the day 22 years ago, a massacre began in Srebrenica that claimed 8000 lives. In July 1996, in the state of Bihar in India, 21 poor labourers were slaughtered for over three hours while the nearest police post was only 100 metres away. In July 1946, the King David Hotel in Jerusalem- the same one that Prime Minister Narendra Modi stayed in on his recent trip to Israel- was bombed and 91 people of various nationalities were killed. As it happens, all these attacks happened in the month of July.

The murder of the Hindu pilgrims in Kashmir was apparently unleashed by the Muslim militants of  Laskhar-e-Taiba and the genocide of the Muslim Bosnians in Srebrenica was carried out by the dreaded orthodox Christian Serbian paramilitary group called ‘The Scorpions’. The murders of the poor Dalit and Muslim labourers in Bihar were committed by an upper-caste Hindu militia called the Ranvir Sena and the bombing of King David’s hotel in Palestine was carried out by the Irgun, a Jewish right-wing underground paramilitary group.

Today we are all keen on portraying ourselves as historical victims. However, at various historical junctures, acts of terrorism have been carried out in the name of Judaism, Islam, Christianity and Hinduism by Jews, Muslims, Christians and Hindus. So where does this leave us? Who do we blame? How do we make sense of our loss? How can we understand evil and more importantly violence? Is it even possible to understand them?

The roots of violence

What we collectively fail to understand is that violence is not something which is the preserve of a particular religion or ethnic group but rather is the physical manifestation of our collective insecurities about aspects of our identity. Indeed the ability and decision to be violent towards another ‘group’ is partly born out of an instinct to reassert or reclaim supremacy, be it in the name of religion, nation, caste, tribe or a whole host of other identity-markers.

Often specialists of counter-terrorism speak about the historical, economic, political, religious or biological reasons for terrorism but in all this they forget a key aspect of human psychology and that is the need for individuals to feel that they have a stake in society. In other words, they forget the importance of making people feel that they are not insignificant or worthless but rather that they can contribute meaningfully to the society they live in.

It seems that a drift towards violence is often either the result of repeated humiliation and the feeling that there is nothing worth living for any more or is the product of a process where the perpetrator of violence actually thinks that they are the victim. It is this feeling of helplessness that political and religious leaders take advantage of. This can be a direct product of historical experience, as in the case of Jews and the suffering they have collectively faced. It can also be the result of the machinations of politicians and religious leaders who manufacture a sense of historical grievance in order to rule through the politics of fear.

This insecurity can induce an entire population to feel like they have been wronged. Furthermore, it compels them to reassert themselves. This reassertion is often through the use of violence wherein an identified ‘enemy’ is forced to live on terms that are dictated to them by others. Needless to say, this only starts a new cycle of humiliation and existential angst, which in turn leads to counter-violence. Violence only begets more violence.

According to Harvard Psychologist, Steven Pinker, statistically speaking we are living in an age which is perhaps the most peaceful in our species existence. This might very well be true but we are also living in an age where technology has made violence both more creative and more immediate. News of the disembodied violence wreaked by a drone strike thousands miles away is relayed in a way which can often make it feel like the incident has happened in our neighborhood.

Speaking about whether humans are fundamentally pre-disposed to violence, Pinker opines that ‘human nature may embrace motives that lead to aggression, but it also embraces motives like empathy, self-control, and reason, which, under the right circumstances, can outweigh the aggressive impulses.’ The key words here are ‘right circumstances’ and of course these are the words that most political analysts tend to gloss over if not ignore.

It seems that violence, in its various manifestations, often benefits not only from the physical ghettoisation of people but indeed from the ghettoisation of their minds. In today’s day and age this ghettoisation of the mind is often promoted by irresponsible media outfits as well as venal politicians and religious leaders who seek to create divides and isolate communities in order to perpetuate fear and humiliation. We have already seen how both these emotions can often lead to violence. What then is the key to prevent this onslaught of bigotry, violence and hate that has become so normalised?

The solution is clearly not through the assertion of political or religious narratives that base their claims on some form of moral high ground, neither is it through miliary dominance. Perhaps one solution is for people to create spaces, away from the inteference of the state and political parties, that seek to bring together people from different background and communities and start a conversation between them. Someone like the poet T S Elliot might have disagreed with this because he thought that populations should be ‘homogenous’ otherwise they become ‘fiercely self-conscious’ or ‘adulterate.’ However, the history of South Asia tells a different tale.

A small example of this has been the role of the poetic symposium or musha’irah that served as a space where people gathered to share thoughts, throw barbs at each other or indeed humiliate each other but all in verse. Indeed, it might seem unbelievable to most people that in the Arabian Peninsula, both before and after Quranic revelation, the first thing that two tribes or armies sometimes did before fighting was to unleash their best poets on each other. The name for this entire genre of poetry is rajaz. If only wars could be decided by poetry battles.

Today, all extremists, be they Hindu, Muslim, Christian or Jewish, bank on the fact that they will be able to isolate their community from others and therefore promote a sense of collective fear and insecurity. One way in which they do this is to use technology to their benefit. Remarkably, the internet facilitates ghettoisation rather than preventing it because most people retreat to their core identities in the face of boundless knowledge and infinite possibilities. This then underscores the importance of physical, face-to-face interaction of peoples in order to dispel stereotypes and do away with prejudice in spaces like the musha’irah. It is crucial to remember that it is only the confluence of people and cultures that can act as a bulwark against tribalism and ghettoisation, the two narcissistic forces that are the key ingredients for catalysing violence. Rage, anger and grief are natural and cannot be wished away. However, the challenge is to find ways to confront and resolve these without causing others to experience the very same emotions.