Agriculture being a state subject, better implementation at the grassroots level with a dedicated pool of functionaries and enhanced usage of technologies can bring in desired outcomes, writes Arabinda K Padhee. 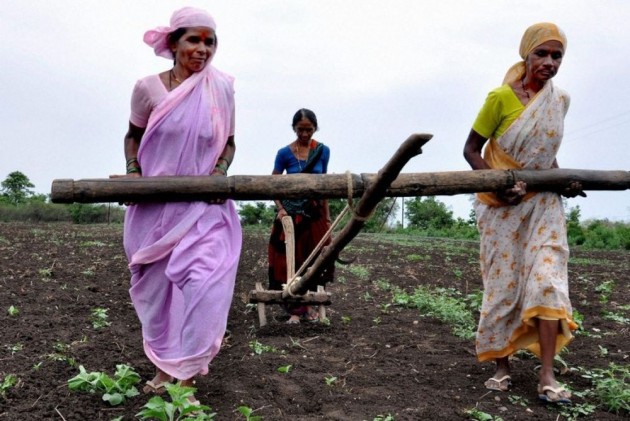 Discussions and debates on the agricultural sector in the political economy of India have intensified over the last few years. This was more visible during the run-up to the General Elections that concluded recently. Of course, there was a genuine need for addressing the agricultural distress in many parts of the country.

The declaration of PM-KISAN (Pradhan Mantri Kisan Samman Nidhi), the largest income/investment support scheme in the interim Budget was seen by many analysts as a clear farmer-centric optic, besides the Centre’s ambitious commitment to doubling farmers income (DFI) by 2022.

The DFI narrative has at least achieved the shift of policy focus from the productivity of Indian agriculture to the profitability of individual farm household. With the required allocation of Rs 75,000 crore for PM-KISAN in Budget 2019-20, there is a quantum jump in the agricultural and allied sector budget (Rs 1,51,500 crores) compared to last year (Rs 86,600 crores in the revised Budget in 2018-19).

Under the PM-KISAN scheme, all 14.5 crore farm households (it was only for small and marginal farmers when the income assistance scheme was declared in the 2019 interim budget) are being provided anual income support of Rs 6000 in three instalments. This assistance by the Centre is in addition to various input subsidies and sops offered by both central and state governments.

Finance Minister Nirmala Sitharaman, in her maiden budget speech, emphasised on “Gaon-Garib-Kisan” (Village-Poor-Farmer) as the cornerstone of policymaking. This is evident in enhanced allocations for rural infrastructures, which will directly or indirectly benefit the farm sector. A new integrated scheme for fisheries (Pradhan Mantri Matsya Sampada Yojna) would definitely address problems faced by fishing communities and the fisheries sector (both inland and marine) which offers tremendous scope for overall growth of Indian agriculture, besides contributing to the nutrition space.

The FM further announced the formation of 10,000 new Farmer Producer Organizations (FPOs) over the next five years aimed at linking farms to market and raise farmers income. She also revealed the government’s intention to support private entrepreneurship and agricultural infrastructure for value addition of farm produce. The cluster-based development under SFURTI scheme is expected to boost agro-rural industries in specific bamboo, honey and khadi clusters.

Similarly, 100 business incubators which are proposed to be set up to enable 75,000 entrepreneurs under ASPIRE will also skill the agri–preneurs in the value chain. The Agri-tech start-ups, if channelized with proper ecosystem support would boost the entrepreneurial spirit of rural youth. This is more relevant as the FM has proposed the Annadata (food supplier) to become “Urjadata” (creator of energy). The untapped potential of biofuels won't just give additional income to farm households, but also address the disturbing environmental issues such as stubble burning.

Sitharaman emphatically said that both “ease –of-doing-business” and “ease-of-living” should apply to farmers as well. This intention of government would help the farmers in the long run, if all stakeholders worked in that direction. The amendments to existing agricultural marketing legislation and facilitating farmers to harness benefit from the e-NAM should be the essential prerequisites.

Another big announcement was zero-budget farming, which the government wants to scale up to double farmers income. Reviving the oilseeds production in future years and reducing the import bill on edible oils have also been emphasized by the FM and it seems to be in the right direction. The Ministry of Agriculture and Farmers’ Welfare in close coordination with state governments must evolve a clear cut mechanism to achieve this objective, as was done in the late 1980s under the Technology Mission on Oil-seeds (TMO).

While the farmer-centric and farm-focused announcements in Budget 2019 are welcome, there have been few contradictions and missing points.

Policy analysts and agricultural economists have often been advocating for structural reforms to sustain agricultural growth in the country. The long-pending reforms on land-leasing, contract farming and agricultural marketing have not taken off pan-India, because of lack of political will. Even though agriculture is a state subject, push from the Centre has to come with specific incentive mechanism (say, additional allocations under schemes like RKVY, NFSM, PMKSY, etc. for States/Union Territories implementing the reforms agenda).

After the recent governing council meeting of NITI Aayog, Prime Minister Narendra Modi has already constituted a high-powered committee of Chief Ministers for transforming agriculture and raising farmers income. The committee has been asked to suggest mechanism/measures to upgrade agricultural technologies to global standards; to boost agricultural exports; raise growth in food processing and improve logistics infrastructure in the entire agri-food value-chain. It is high time budget allocations are made to sustain the present levels of satisfactory foodgrain production for future generations.

The Union Budget has failed to fulfil hopes by not significantly enhancing the outlay for agricultural research and innovation. In 2014, India spent only 0.3% of agricultural GDP in agricultural R&D (against 0.62% by China). It’s high time, government gives due emphasis on the agricultural research and innovation eco-system, as changing climate and depleting resource base is challenging the agri-food system. Rationalization of subsidies, particularly those on fertilizers; irrigation and power have often been advocated by government’s own economic surveys. For want of big-ticket reforms, agriculture operations in many parts are turning into ecological disasters. The present budget has not addressed this issue.

The zero-budget farming method relies on practices with no use of chemical inputs like fertilizers and pesticides. This has also become a grassroots level peasant movement in a few states. Upscaling the practices to a large scale may be fraught with specific challenges like productivity decline and ensuring better price for the natural/organic farm produce; scientific validation of the zero-budget practices in comparison to chemical agriculture, etc. Sensitizing farmers on adverse impacts of over-usage of chemical inputs and suggesting integrated input management practices are need of the hour. The food and nutrition security for a vast country like India can be ensured through the application of modern scientific tools and technologies, besides taking up ecological farm practices wherever possible for niche products.

Big focus on the agriculture sector by the government is a welcome move. There have been notable announcements in the past years’ budgets to advance Indian agriculture in many different ways. However, they have not satisfactorily taken off fully well. This year’s budget again offers many new proposals that are expected to benefit the farming communities. Agriculture being a state subject, better implementation at the grassroots level with a dedicated pool of functionaries and enhanced usage of technologies can bring in desired outcomes. A good monsoon would, however, continue to influence the fate of Indian farmers.

The author is Country Director – India at the International Crops Research Institute for the Semi-Arid Tropics (ICRISAT). Views expressed are his own.