Amit Shah was addressing a rally In Uttar Pradesh after laying the foundation stone for the Maa Shakumbhari Devi university. 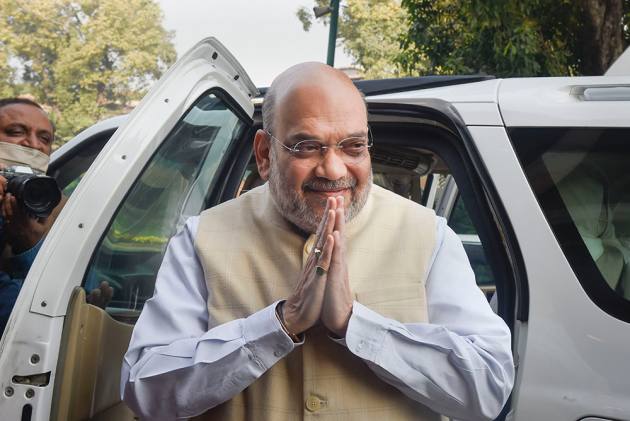 Shoving the burden accountability  on the shoulders of previous UP governments, Union Home Minister Amit Shah accused them of conspiring to sell off cooperative sugar mills and targeted them for failing to control criminals, alluding also to the “exodus” of Hindus from another western UP town a few years back.

With the next assembly elections just months away, the BJP leader praised the Yogi Adityanath government, saying it has ensured the rapid clearing of the backlog of payments to sugarcane farmers.

Apart from Punjab and Haryana, western Uttar Pradesh , on which Shah is focusing his campaign. This region in particular contributed the most to the protest over the recently repealed farm laws. Bhartiya Kisan Union leader Rakesh Tikait hails from this region.

He also referred to the ongoing construction of the Ram temple in Ayodhya, the enactment of a law against instant triple talaq and the abrogation of special status under Article 370 for Jammu and Kashmir, giving the credit for them to Prime Minister Narendra Modi.

Shah hit out at Samajwadi Party leader Akhilesh Yadav over law and order, comparing crime statistics during his term as chief minister with those under Adityanath’s BJP government. “From which spectacles does Akhilesh ji see,” he asked, and also claimed there was a “mafia raj” under Yadav and criminals “felicitated”.

Without naming Shamli’s Kairana town or elaborating on the details, the home minister said when he came to Saharanpur itself ahead of the 2017 polls, people asked him what the party intended to do about the “palayan” (exodus, migration). "I told them that people who are making them flee will themselves flee from Uttar Pradesh if a Bharatiya Janata Party government comes to power,” Shah said.

In the run-up to the last assembly elections, the BJP had claimed that several Hindu families left Kairana after facing threats from criminals - an allegation contested by others. Adityanath had also invoked the alleged exodus during his recent visit to that town recently. "There was a time when riots used to happen here, youths were killed and there used to be curfew for days. There was a tendency to file one-sided cases. Now, due to the BJP government, there are no riots,” Shah said.

The minister also claimed that women were vulnerable during the previous government’s term. “Our daughters had to be sent to other states for education because they did not have security here. Today, in western Uttar Pradesh the situation has changed and migration has stopped," he said.

Focusing on sugar cane farmers, he said not a single mill has been sold off during the Adityanath term and “90 per cent” of the dues of farmers who sell their crop to them have already been cleared.

He alleged that during the term of the earlier governments, there was a conspiracy to sell the mills to favoured people, and the CBI is probing into the matter.