The Uttarakhand Assembly polls are scheduled to be taking place in the first half of 2022. 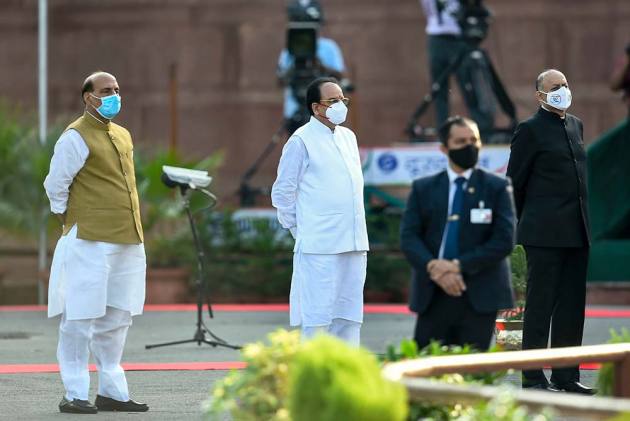 Addressing election rallies in Uttarakhand's Dharchula and Pithoragarh as part of the BJP's Vijay Sankalp Yatra, he said India has not only taken major steps over the last seven years towards achieving self-reliance in manufacturing defence equipment, but is also exporting those to 72 countries. "We have kept 209 defence equipment for domestic production, which used to be imported earlier," Bhatt, who is also the MP from Nainital, said.

"The Stockholm International Peace Research Institute (SIPRI), the leading research institute in the field of defence in the world, has listed India among the top 25 countries that export defence equipment," he said.

The researches being carried out by the Defence Research and Development Organisation (DRDO) are making the country self-reliant in the sphere of defence, the Union minister said.

The Centre has also given projects worth Rs 1 lakh crore to Uttarakhand in recent years, he pointed out.

"The Centre has helped in the opening of a plastic factory in the state, a fashion technology institute (NIFTI), a law university and institutes like the AIIMS," Bhatt said.

The Modi government has given the state three times of what it had received from the Centre in the last 50 years, he claimed.

To strengthen the economy of the border villages, the defence ministry has launched a programme named "Sarhadon ki Suraksha", under which over 1,500 farmers of the border districts of Uttarkashi, Pithoragarh and Chamoli have been trained to grow foodgrains and vegetables for the armed forces deputed at the Indo-China border, Bhatt said.

The Army has already started purchasing these items from the farmers, he added.

The minister lauded the work done for improving road connectivity on the Indo-China border, including a recently-constructed road from Ghatiabagar to Lipulekh.