"We are here to change the Constitution," he said 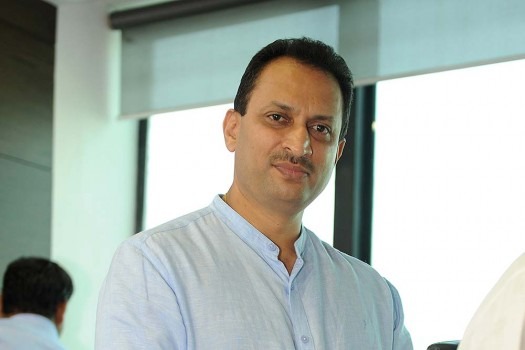 Union Minister of State for Employment and Skill development Anantkumar Hegde kicked up a fresh controversy on Sunday when he asked "secular people" to identify themselves with their religion.

Describing seculars as "people who don't have an identity of their parental blood", the minister went to an extent of proposing changes in the Constitution to do away with the idea of "secularism."

Addressing a gathering organised by the Brahmana Yuva Parishat in Karnataka's Koppal district, Hegde said that "We are here to change the Constitution," reported The Hindu.

"Those claiming to be secular and progressive do not have an identity of their parents and their blood. One will get self-respect through such identity," the paper quoted him as saying. "I will be happy if someone identifies as Muslim, Christian, Brahmin, Lingayat or Hindu. But trouble will arise if they say they are secular."

He also questioned the intellect of the progressive class and said that "the progressive thinkers do not know about history, tradition and culture." He also said that 'Manu Smriti' has become outdated and at present its 'Ambedkar smriti' that's been talked about.

His comments immediately drew sharp criticism from all the fronts. Chief Minister Siddaramaiah slammed his remark and referred to it as "disrespectful towards the Constitution". "I do not want to stoop to his level. We know our language and culture. He is a Union minister, but spits venom," The New Indian Express  quoted him as saying.

Members of the Students’ Federation of India staged a protest in Koppal condemning the comments.

A five-time BJP MP from Uttara Kannada constituency, Hegde is not new to controversy. Earlier this year he was barred from travelling to Delhi for over six months after he was accused of assaulting doctors at a private hospital in his hometown of Sirsi.

Hegde is also an accused in a hate speech case, under Section 295 A of the IPC, for allegedly making inflammatory statements about Islam at a press conference in Sirsi town on February 28, 2016. Charges are set to be framed in the case on October 19.

Responding to a question on a number of Muslim youths from Bhatkal town in his constituency being arrested on terrorism charges, Hegde was reported to have said: “As long as there is Islam in this world, there will be terrorism. Until we eradicate Islam from the world, we will not be able to eliminate terrorism from the world’’. He was reported to have called Islam a “ticking bomb’’.