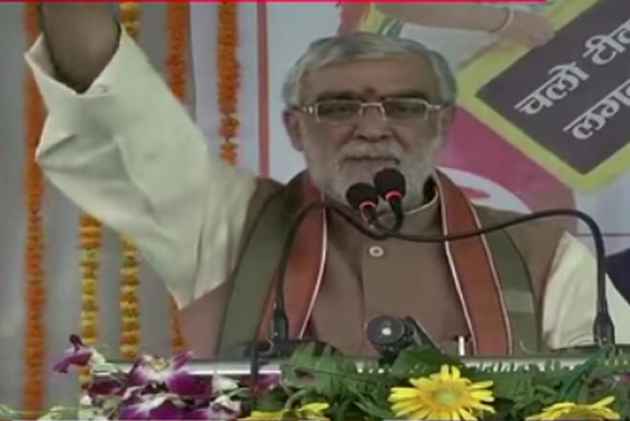 Union Minister of State for Health and Family Welfare Ashwani Choubey’s son, Arijit Shashwat, and 20 others have been booked in connection with the communal clashes during a procession in Bihar’s Bhagalpur district, the police have said.

According to a report by the news agency, IANS, police officer Md Janeefuddin has said, “Two cases were lodged in in connection with the clashes two days ago. The first was against conducting the procession without permission, inciting communal sentiment and roaming on roads while displaying arms in which Choubey’s son Arijit Shashwat and 20 others were named as accused.”

Earlier, news agency PTI reported that three persons, including two police personnel, were today injured when a clash erupted between members of two communities here over playing of music during a religious procession.

The incident took place in Nathnagar police station area of the district through which a procession of the BJP, RSS and Bajrang Dal workers - led by Arijit Choubey, son of Union minister Ashwini Choubey - had passed, Senior Superintendent of Police, Bhagalpur, Manoj Kumar said.

He said the procession, taken out on the eve of the new 'Vikram Samvat' year, began from the Budhanath temple and reached Nathnagar after criss-crossing the town.

Some of the locals objected to playing of music, which led to some tension, but police intervened after which the procession moved ahead, the SSP said.

A quarrel, however, began soon afterwards among local residents belonging to two different communities with firing of gunshots, hurling of stones and setting fire to shops and vehicles, the SSP said.

Two policemen, who were part of a police party that was rushed to the spot, received bullet injuries on their arms but are stated to be out of danger, Kumar said.

A local resident was also rushed to hospital with a leg injury after being hit by a brick, he said.

Heavy deployment of police has been made in the locality where the situation was tense but under control.

Further investigations were on and the trouble-makers were being identified after which arrests will be made, the SSP said.