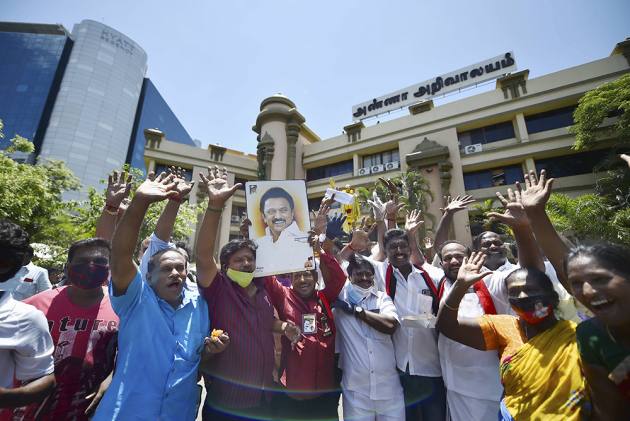 Union Minister L Murugan on Sunday targeted the DMK and the state government over the alleged attack and arrest of people who expressed views critical of the party and regime led by it and dubbed such incidents as a 'big challenge' to the freedom of expression and the Constitution.

Asked about an 'attack' on Naam Tamilar Katchi (NTK) cadres days ago by DMK functionaries at Dharmapuri, Murugan alleged that carrying out such acts was customary for Tamil Nadu's ruling party. People should be surprised only if the DMK men did not involve themselves in such attacks, he claimed adding, 'it is in the blood of the DMK' to slight and stifle freedom of expression. If functionaries belonging to opposition parties make remarks critical of the party or the government, they are targeted by way of attacks and arrests," he told reporters.

Such incidents, he said, posed a 'big challenge' to free speech and the Constitution in Tamil Nadu. To a question on fishermen arrested by Sri Lanka, Murugan, the Minister of State for fisheries, animal husbandry, dairy and information and broadcasting, said all steps were being taken for their early release. Recently, 68 Tamil Nadu fishermen were arrested by the neighbouring country. Murugan was formerly the Tamil Nadu unit chief of the BJP.

Recently, NTK cadres were attacked, allegedly by DMK functionaries, for slamming the party and the government in connection with a demand for premature release of seven Rajiv Gandhi assassination case convicts, besides others. Leader of the Opposition and top AIADMK leader K Palaniswami were among the leaders who condemned the 'attack' and sought tough action against those responsible for it.

Days ago, YouTuber M Maridhas (who was arrested, based on two separate complaints) was released from prison after the Madras High Court quashed the two FIRs against him, one after the other. Maridhas is hailed as a nationalist by the BJP and pro-Hindutva groups and several saffron party leaders had rallied behind him, questioning the motive for his arrest by the DMK government. An NTK functionary and YouTuber, 'Saattai' (whip) Durai Murugan, who was previously arrested for making derogatory comments allegedly against Chief Minister M K Stalin, was arrested again days ago over spreading rumours related to a flash protest by workers here.