Chief minister Bhupendra Patel was in Mumbai on December 2 to promote the Vibrant Gujarat Global Summit 2022. 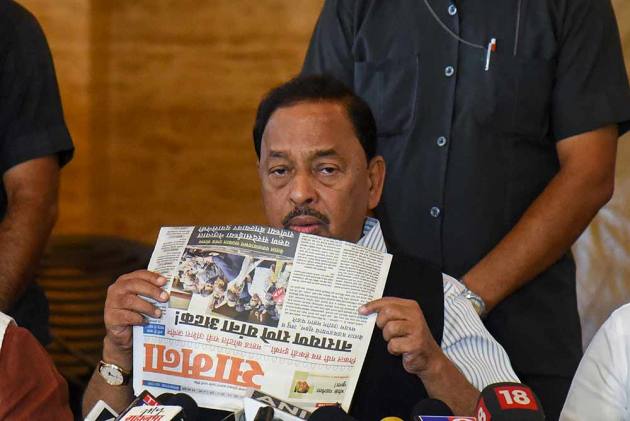 Raut had said in a tweet that when West Bengal Chief Minister Mamata Banerjee met industrialists in Mumbai, Maharashtra BJP leaders objected saying she was stealing industries from the state. Now Bhupendra Patel with half his cabinet was in the Maharashtra capital and meeting industrialists, the Sena leader pointed out, adding, "Vibrant Gujarat by scraping Mumbai?"

Asked to comment on Raut's jibe, Rane, the minister of Micro, Small, and Medium Enterprises (MSME) who was here to attend ENGIMACH 2021, a mega industrial exhibition, told reporters that Raut's remarks did not matter.

ENGIMACH 2021, an engineering and machine tools expo showcasing latest engineering products and services, is being held at the Helipad Exhibition Ground in Gandhinagar.

“Prime Minister Narendra Modi has envisaged the dream of an `Atmanirbhar Bharat'. The country has made rapid progress in all areas. I am confident that the PM's dream and vision will become a reality,” he further said.

He also praised the infrastructure at the Helipad Exhibition Ground and said it was a matter of pride that such a large exhibition centre has been built in India. He further noted that Modi himself had inaugurated the exhibition centre, and said he would make efforts to bring more shows to the venue.