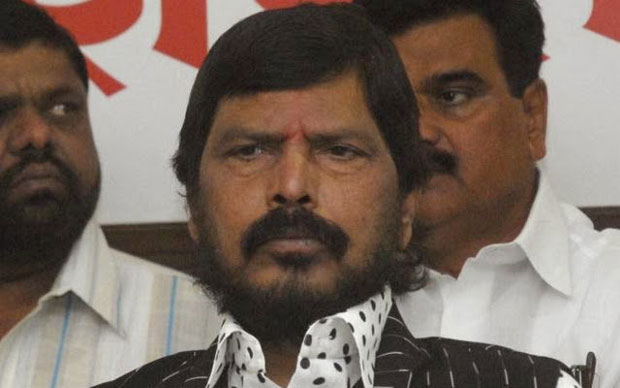 Invoking Babasaheb Ambedkar, Union minister Ramdas Athawale on Wednesday said he embraced Buddhism only after he was convinced that Dalits would not get justice in the Hindu religion and asked all members of the community to do so.

"Only when Babasaheb Ambedkar was convinced that Dalits would not get justice in Hindu religion did he convert to Buddhism. Lakhs of Dalits converted as well," Athawale, the minister of state for social justice and empowerment, said in a statement issued here.

According to the statement, Ambedkar had given opportunity to staunch "Hindutvavadis" to make amends but that did not happen, and hence he converted.

"All Dalits should give up Hinduism and embrace Buddhism to stop atrocities against them," Athawale said.

Athawale, the chief of the Republican Party of India (A), also slammed BSP chief Mayawati and said instead of issuing repeated threats, she should once and for all convert to Buddhism.

Mayawati, addressing a rally at Nagpur on December 10, had attacked the BJP and the RSS, and said that Dalits, tribals, OBCs and minorities were facing castiest, religious and communal discrimination from the so-called custodians of the Hindu religion.

Mayawati had warned the BJP and the RSS that if their attitude towards the backward sections of society didn't change, she would embrace Buddhism with crores of others.