Thakur, who refused to say anything else, did not take phone calls by PTI. His stance along with the move by 5 BJP MLAs earlier last month to quit party WhatsApp groups places a question mark over their future course of action, said analysts. 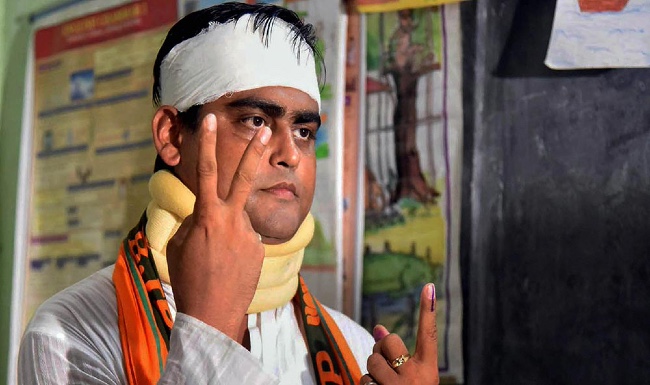 In a major embarrassment to BJP, Union Minister of State for Ports, Shipping and Waterways Shantanu Thakur, and a leader of the politically powerful Matua community has quit all WhatsApp groups of the party's state unit.

Thakur, the union minister of state for shipping Tuesday told reporters, "It seems the state BJP leadership does not think we (Matuas) have an important role within the organization." He also wondered if he was of any importance to the BJP state unit any more.

The 40-year-old politician is the Sanghadhipati, All India Matua Mahasangha, an influential Matua community body. The Matuas who form one of the largest groups in the state's border districts of North and South 24 Parganas, Nadia and elsewhere have in recent times been split in their voting intentions between the BJP and the TMC.

The scheduled caste community has considerable clout in at least four Lok Sabha seats and 30-40 assembly seats and has sizable following in neighboring Bangladesh too. The Bongaon MP had a few days back voiced his reservation against omission of some MLAs of the Matua community in the reconstituted BJP state and district committees. He had, however, said he remained loyal to the party.

Reacting to the development, BJP state president Sukanta Majumdar said, "We will sort out any misunderstanding with Shantanu Thakur. He is very much a part of the BJP family." When asked to comment, Trinamool Congress Rajya Sabha MP Sukhendu Sekhar Roy told reporters that the BJP had used Matua community for its own electoral gains.

"But it (BJP) was not concerned about their real development. It is clear now," he added. Over a week ago five BJP MLAs - Mukutmoni Adhikari, Subrata Thakur, Ambica Roy, Asok Kirtania and Asim Sarkar had expressed their displeasure over their omission from the state party committee and left the WhatsApp group of MLAs of the saffron party.

Adhikari had said that the aspirations of the people of his constituency may not be fulfilled by the newly formed BJP state committee. Ambica Roy had, however, expressed his wish to rejoin the BJP WhatsApp group on December 27, two days after quitting it and said he would sort out any difference with the party.

The community was wooed by the ruling TMC in the state and BJP alike before the state election and Prime Minister Narendra Modi had even visited Orakandi, the ancestral village of the sect's founder Harichand Thakur during his March 2021 visit to Bangladesh.