In a statement the UCSD’s Critical Gender Studies Program has stated that Saiba Varma’s courses have been dropped. Daughter of a RAW officer, Saiba Varma has authored, 'The Occupied Clinic: Militarism and Care in Kashmir,' 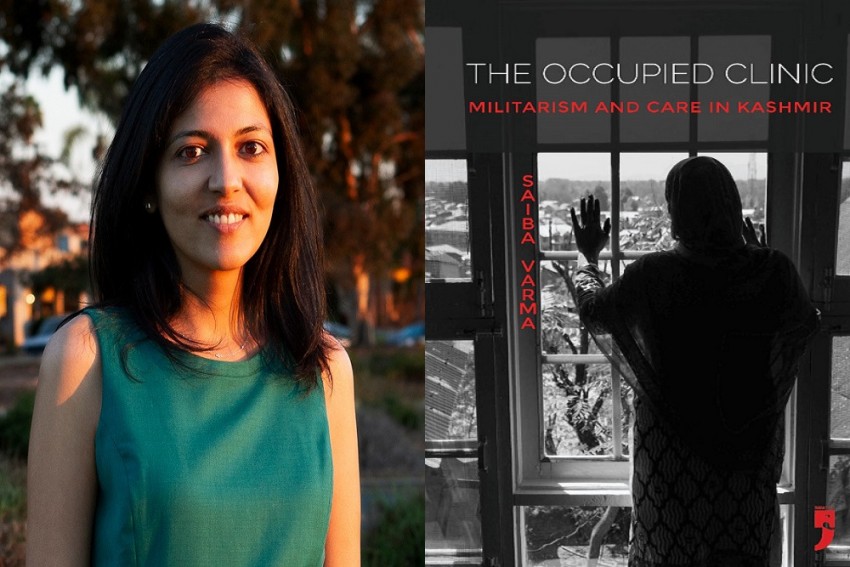 The Critical Gender Studies program at UCSanDiego has disaffiliated itself from the author of The Occupied Clinic: Militarism and Care in Kashmir, Dr Saiba Varma. The critical book by Varma was published by Duke University in the US and Yoda Press in India.

In a statement the UCSD’s Critical Gender Studies Program says, responding to the calls by Kashmiri scholars and activists to repudiate Dr. Varma’s research as part of a broader struggle “against an intensifying Indian settler-colonial rule in Kashmir since 2019, a crackdown against social media communications, and a pattern of arrests of prominent activists in recent months,” CGS has disaffiliated from Dr Varma, meaning that her courses will no longer count toward our major or minor.

“This may be a small act in the scheme of things, but we believe it is a necessary one as we work through our complicities and think seriously about who we must prioritize in our claims of accountability,” the statement reads.

Dr Saiba Varma, Associate Professor in the Anthropology Department and a former CGS Executive Committee member and Faculty Affiliate, came under severe criticism in September last year after her book The Occupied Clinic: Militarism and Care in Kashmir came to fore.

In the introduction of the book the author says, “Borrowing and extending techniques from British colonial rule, the Indian state enacted the world’s most established, sophisticated, and pervasive systems of emergency rule and legislation and repeatedly criminalized pro-independence demands as ‘conspiracies’ and ‘anti-national.’ The Indian state’s global image as ‘the world’s largest democracy,’ a generous aid donor, and non-interventionist actor have helped disguise its military excesses in Kashmir and other border regions.”

“As an upper-caste and upper-class Indian citizen and subject, I have actively and passively internalized anti-Muslim racism my entire life. I am complicit in the colonization of Kashmir and other regions forcibly incorporated into the Indian nation-state.”

She, however, was accused of hiding her familial ties while doing research in Kashmir. The author’s father being an officer with Research and Analysis Wing (R&AW), who was posted in the Valley in the 90s created a Twitter storm around the book.

In a statement titled “CGS Executive Committee's Statement Regarding Former CGS Faculty Affiliate, Dr. Saiba Varma” the UCSD’s Critical Gender Studies Program says, “...it understands the study of gender to be inextricably bound up with the interlocking systems of race, class, sexuality and nationalism.” “New faculty on the current Executive Committee bring commitments that are focused explicitly on ethically, intellectually, politically, and spiritually supporting the freedoms of all people.”

“We also believe that Varma’s unrelentingly violent decision to work in this place, where the colonial Indian state ntelligence apparatus had appointed her father (formerly a high-ranking official of the Research and Analysis Wing (RAW), the highest intelligence agency of India and architect of torture, counter-insurgency, and counter-terrorism policies in Kashmir and elsewhere) and his colleagues to draw up plans that included torture, sexual violence, and counter-insurgency as instruments of war and everyday occupation was dishonest and deliberately misleading,” the statement says.

“Furthermore, Varma worked without disclosing these familial ties to the patients in whose sessions she sat, or to the psychiatrists and other Kashmiris she is accountable to as an Indian anthropologist working on Kashmir, teaching courses on decolonial methodology, and claiming to harbor a commitment to decolonial, anti-racist, and feminist of color politics,” it adds.

In her defence the author Saiba Varma had said, “An anonymous account is attacking my research based on my father's former position in the Indian state. My father did work for the security state. He was in Kashmir when I was 10 years old. My work disavows *all* counterinsurgency, past and present, in Kashmir.”

“My father had no direct bearing on the research I’ve done. Recognizing the need to acknowledge this relationship, however, during my fieldwork I disclosed it to Kashmiri scholars and journalists I was close to. My ethical practices and scholarly arguments are accountable to them,” she had tweeted.