Calcutta's famed Football clubs have been left behind to romanticize the heydays of the 1970s and 1980s, while global football world has moved on to exploring new ideas and trends 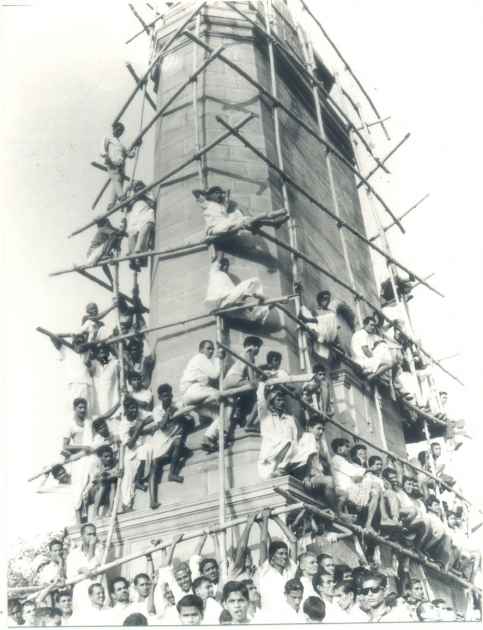 Manchester United versus Manchester City, Real Madrid versus Barcelona, Mohun Bagan versus East Bengal. It is no surprise that sociologists and soccer scholars tend to include the Kolkata derby in the list of global football's premier rivalries. Here’s how Kelly Candele, an American documentary filmmaker currently finishing a documentary on this rivalry, describes the Kolkata derby,

“One of the greatest, and most overlooked, football rivalries in the world takes place in Calcutta (Kolkata) India between Mohun Bagan and East Bengal. The two teams play each other in the 120,000 capacity Salt Lake Stadium with an intensity that is unmatched anywhere in the world. “

Yet when it comes to marketing these clubs as ‘brands’, the Kolkata giants, and here I include Mohammedan Sporting as well, fall short in comparison to any of the leading football clubs from the West.

It is impossible to believe that none of the three Kolkata clubs have an official history. While there have been some attempts by journalists to document the histories of these clubs, none of these are comprehensive or scholarly studies. Based on interviews and anecdotes, these aren’t valuable source material from which a social history of the period can be reconstructed. While a Man United or Real Madrid have more than a few official histories to their name, histories which have been commissioned over time and are mostly well researched and erudite, the lack of initiative on the part of the Kolkata administrators to perpetuate the rich legacy of these clubs is a travesty.

Every major football club in the world tries to market itself and one of the easiest and best ways to do so is to organize tours of the club for supporters and fans. Every sports fan undertakes a sports tour when visiting his/her favourite club, be it a Liverpool, Arsenal or a Chelsea. And inevitably these tours end with a trip to the museum shop where loads of merchandise await fans. Sports tours aren’t restricted to football clubs but iconic venues like Lord’s or Wimbledon make reasonable sums of money right through the year from these tours. There are specialized tour guides who conduct these and becoming a sports tour guide is considered a viable profession in the West.

In Kolkata, however, this concept of sports tours is still alien. There is no conducted tour of the Mohun Bagan or East Bengal club and no merchandise that fans can pick up as a valuable piece of memento. It is rather shameful to imagine that a visit to one’s favourite club, Mohun Bagan, Mohammedan or East Bengal ends with the fan not buying anything that he can take back as memory of the visit. Basic merchandise like mugs, bottle openers, pens, cups, notepads, scarves, ties, backpacks, which have a steady market round the world and are sold by most sporting establishments with a rich legacy continue to be absent in Kolkata.

The absence becomes all the more striking because an institution like East Bengal has close to a million followers on Facebook, a number that is consistently on the rise. It is no rocket science to conjecture that a quarter of these fans could be lured to buying club merchandise in an attempt to connect with the club of their choice. Again, one wonders why administrators are weary of fan connect initiatives via the social media platforms whereby fans can connect with their stars via chats and other forms of new age communication. While global footballing icons like Cristiano Ronaldo and Lionel Messi have millions of followers on Facebook and Twitter and monetize their social media presence, Kolkata clubs have shown serious lethargy in emulating these global trends.

In a recent visit to Chelsea, I was amazed at the way the club has tried to endear itself to fans. Every part of the club is accessible to the public on non match days and the tour, which costs 20 GBP for every adult visitor, covers the home and visiting team dressing rooms, press areas, the pitch itself and the newly set up out interactive museum. Promoted via a redesigned and updated website, this is how Chelsea lures its fans, “Imagine meeting the press as you sit behind the desk in the press room. Soak up the atmosphere in the spectacular home dressing room where John Terry and Frank Lampard prepare to represent the Blues. Feel the excitement as you walk down the tunnel to the pitch side with the roar of a capacity crowd ringing in your ears.”

When I interviewed Debabrata Sarkar (Nitu), the face of East Bengal club administration these days and one who has tried much to improve things in recent times, he lamented the absence of professional hands in trying to modernize the club. “I am open to these ideas. I know a lot can be done given our history and rich legacy. However, the structure is such that all of us who are involved perform our roles in an honorary capacity. And in the absence of professional hands it is difficult to implement the marketing ideas you are talking about.”

East Bengal Club to their credit has recently come up with a Football Almanac, which includes information on the teams from the past, the season gone by and a host of very interesting articles by former players and coaches. “We will make this an annual publication and make it accessible to every East Bengal fan who is interested in knowing more about the club. We have priced it at 250 rupees only and have already sold 15000 plus copies”, states Sarkar.

Unfortunately, however, the almanac isn’t available as ebook. Nor is it available on kindle. With Amazon now trying to establish its presence in India, it is obvious that an almanac of this nature will have an appeal for them. Yet when I mentioned it to Sarkar it was apparent that the idea, which did appeal to him, hadn’t been thought of before.

The absence of memorializing and the subsequent lack of commercialism is most acute with Mohun Bagan club. There is little doubt that in the sporting realm the best known achievement steeped in nationalist significance that heralded a freedom of sorts in colonial India was Mohun Bagan’s epochal 1911 IFA Shield Win beating East Yorkshire Regiment 2-1 in the final. This victory had contributed to building Indian self confidence, which played its part in the ongoing freedom struggle. Interestingly, the victory had in fact fired the imagination of the whole nation. The Englishman’s comment on Mohun Bagan’s win sums up its political importance: ‘Mohan-Bagan has succeeded in what the Congress and the Swadeshiwallas have failed to do so far to explode the myth that the Britishers are unbeatable in any sphere of life.’

While much has been written about the victory and while Mohun Bagan Club celebrates the day of the victory, 29 July, as Mohun Bagan day, there’s hardly been an attempt to memorialize the victory by setting up a museum. This museum, if done, would easily make it to Kolkata’s tourist charts and give North Kolkata a much needed facelift. With a film having been made on this victory, there’s little about its commercial potential. Despite this, however, the Mohun Bagan administrators have demonstrated a peculiar apathy in trying to monetize and perpetuate the legacy of one of Indian sports’ best known achievements of all time. It is stunning to note that not much was done to commemorate the centenary of this famous victory in 2011 when the club officials had a golden opportunity to monetize this century old achievement. The apathy appears striking when we compare to initiatives taken in the West. In celebrating the 200 years of Lord’s cricket ground, the MCC has already published a book on the treasures of the Lord’s museum curated by the Museum’s Director Adam Chadwick earlier this year. Also, a major refurbishment of the museum was undertaken in 2012-13 at a cost of 250,000 GBP and the newly laid out exhibits were opened to the public on the occasion of the second Ashes test earlier this year in July.

It is a common lament that fans are fast losing interest in Kolkata football and are more hooked on to EPL, La Liga and other European football leagues. Spectator attendance is showing a consistent downward trend and stalwarts like Baichung Bhutia have blamed the I League for failing to reverse this trend. This is missing the point completely. It is not about the I League at all. Rather, it is about the inability of India’s major clubs to connect with their legion of fans and making them feel welcome to come and cheer for their favourite teams. In the absence of such initiatives and by taking scores of fans for granted, these administrators have effectively stunted the growth of Indian football in an age of increasing commercialism and globalization. The result is that these clubs have been left behind to romanticize the heydays of the 1970s and 1980s, while global football world has moved on to exploring new ideas and trends. Frankly, the Kolkata clubs have been reduced to relics, much like the city itself.