"We will provide protection to everyone, but it is also the responsibility of every individual, every community and every religion to respect each other sentiments" said the UP CM. 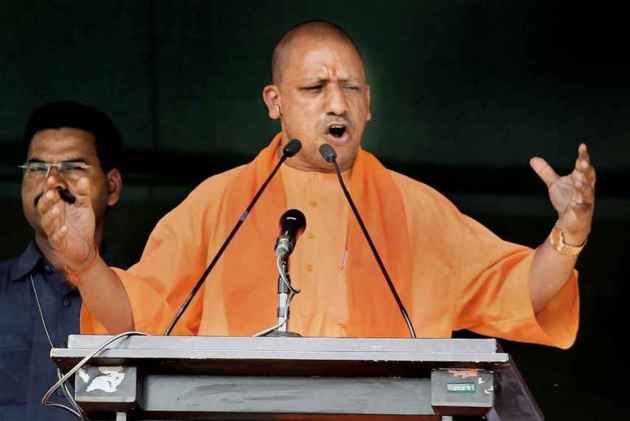 Humans are important but so are cows and both need to be protected, he said, amid reports on mob lynching in Alwar, Rajasthan, another BJP ruled state.

28-year-old Rakbar Khan was beaten to death for allegedly being a cow smuggler. Later, Home Minister Gulab Chand Kataria lashed out at the police for slacking in providing medical attention to the victim and suggested it may have been a custodial death.

While accusing the Congress of fuelling the issue, Adityanath said, "These incidents (mob lynching) are given unnecessary importance. If you talk about mob lynching, what was 1984? Law and order is a matter of state. Congress' intention is to make mountain out of a molehill and it won't be successful."

"We will provide protection to everyone, but it is also the responsibility of every individual, every community and every religion to respect each other sentiments. Humans are important and cows are also important. Both have their own roles in nature. Everyone should be protected," he added.

We'll provide protection to everyone, but it's responsibility of every individual, every community & every religion to respect each other sentiments. Humans are important & cows are also important. Both have their own roles in nature. Everyone should be protected: Yogi Adityanath pic.twitter.com/s12OwaZxwc

The apex court, last week directed the Parliament to frame a special law to put a check on crimes like lynching, saying "the horrendous acts of mobocracy cannot be permitted to inundate the law of the land".

The Centre on Monday had said that it is committed to uphold the rule of law and adopt effective measures.

The Centre informed the Lok Sabha that it had constituted a high-level committee under Union Home Secretary Rajiv Gauba to deliberate and make recommendations for a separate penal provision on incidents of mob violence.

The committee helmed by Gauba will submit its report to a Group of Ministers (GoM) governed by Union Home Minister Rajnath Singh.

The incidents of mob lynching have been on a rise in the country.

As per the Ministry of Home Affairs data, 45 people were killed in 40 different cases across nine states between 2014 and 3 March, 2018.

In a recent incident of lynching, a Muslim man, named Akbar Khan, was beaten to death by a mob in Rajasthan's Alwar district on July 20 on suspicion of cow smuggling.