Karnataka government plans to procure cloth from powerlooms for school uniforms, thus impacting the livelihood of handloom weavers in the state. 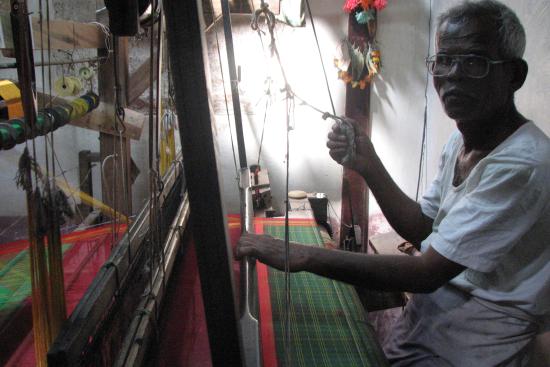 The Vidya Vikas scheme of the government of Karnataka through which free handloom cloth for a pair of uniforms is provided to students of government schools is under a serious threat. Launched about 25 years ago, this unique scheme was designed to serve a dual purpose. The handloom cloth was woven by artisans working for the Karnataka Handloom Development Corporation (KHDC), a government body which was established in 1975 to support handloom weavers. While most government schemes intended to serve the needs of the poor are not even suited to fulfil their requirements, the Vidya Vikas scheme offers an assured livelihood to the weaver as well as a much needed uniform perhaps to a first generation learner. However, activists allege that the government has plans to procure cloth from powerlooms for these uniforms, thus impacting the livelihood of handloom weavers in the state.

Unlike a handloom, a powerloom is a weaving machine that runs on electricity. The efficiency afforded by mechanisation allows a powerloom to produce much greater quantities of cloth than a handloom in far lesser time. On the flip side, however, the installation of a single powerloom snatches away the livelihood of 12 handloom weavers. Thus, switching to powerloom cloth will put thousands of handloom weavers in Karnataka out of work. Thereby, it will jeopardise a well conceptualised and powerful intervention which could serve as a blueprint with the potential to support the livelihoods of lakhs of weavers across the country.

As with most government schemes, this intervention in Karnataka ran into administrative hurdles as well. The scheme requires two departments—Education, and Handlooms and Textiles which includes the KHDC—to work in tandem. However, orders for handloom fabric issued by the Education department to the KHDC have been delayed, and funds have not been released for the scheme in advance in a timely manner. "Every year, the Education department delayed the order for handloom cloth for the uniforms", explains handloom activist Prasanna, who is the convenor of the All-India Federation of Handloom Organisations. "Such delays made it impossible for the handloom weavers to weave the large quantity of fabric required in an unreasonably short time window." According to the KHDC website, the annual order for school uniforms issued to the corporation is of the order of Rs. 47 crores to weave 100 lakh metres of cloth. 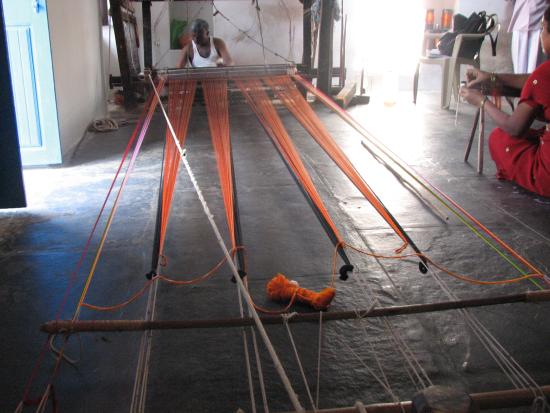 "Instead of remedying the delays, the government is now intent on shutting down the KHDC itself, which is like cutting off a wounded limb instead of nursing it back to health", rues Prasanna. The difficulties and delays can easily be overcome if the two departments sign a memorandum of understanding, so that the KHDC can plan the production process to get the large quantity of fabric woven in a timely manner.

The All-India Federation of Handloom Organisations is protesting the Karnataka government's plans. The Federation also demands that the government should not introduce powerlooms in traditional rural handloom centres in Karnataka, which will uproot handloom weavers from their only means of livelihood.

The transition to mechanised production of cloth on powerlooms spells ruin for the handloom industry which employs lakhs of weavers. In a country like India where multitudes of people struggle to find work, the Vidya Vikas scheme is an example of a positive state intervention which both meets a need of school children and provides dignified livelihoods. Denying even such meagre support to handloom weavers will indeed put the clock back.