Indians love the people of the US, but is the reverse also true? 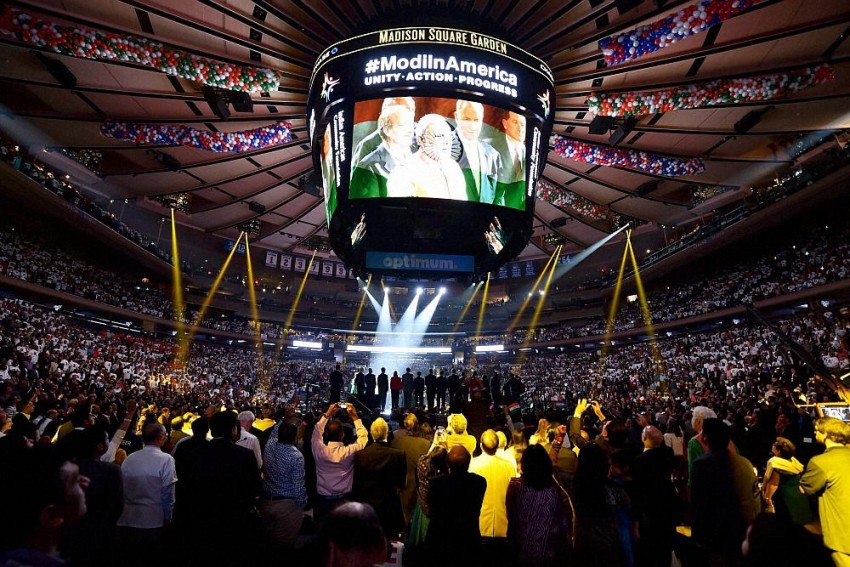 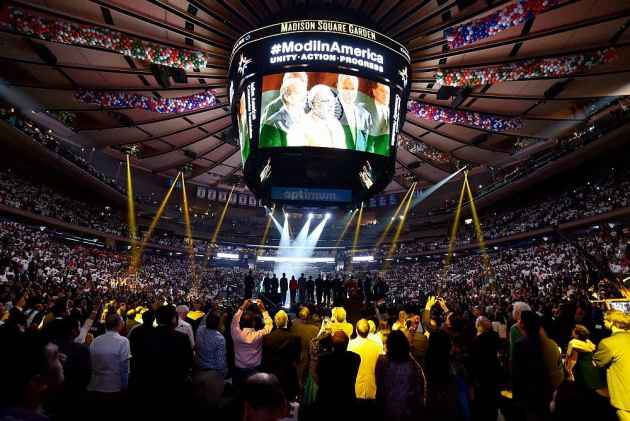 One of the great mysteries of the Indian Establishment is its one-sided love affair with the US. When Manmohan Singh told 'the worst US president in history', George Bush, "the people of India love you", he may have sounded dotty but he was mostly accurate. The people of India do love the people of the US. The question to ask is whether the reverse is also true.

As I write, breathless Indian journalists journeying excitedly to New York on their own expense—Mr Modi refused to give them a free ride—report extravagantly on our prime minister finally being allowed entry into the sacred land where the pursuit of happiness is a constitutional right. Now, I don't wish to be critical of my colleagues, but their hoopla and hype in covering the 'historic visit' is completely over-the-top.

No detail is unworthy of mention. What will Modi wear: frenzied speculation prevails whether we will get a chance to see him suited-booted since his designated designer, Troy Costa, doesn't do ethnic wear. What will he eat: not much, it turns out, except sip lime juice. Who will he meet: small fry, if you exclude Barack Obama, and no Nawaz Sharif. Where will he stay: in a suite at the Taj's Pierre. How many receptions will he attend and what is the entry fee for seeing Modi at Madison Square Gardens?

So many critical questions, all answered lovingly at prime time. Incidentally, it is worth pointing out, our press corps was conspicuous by its absence in Japan and China—countries less 'sexy' than America but more useful from our perspective.

When I wrote one-sided love affair, I meant the country we are wooing appears indifferent to our charms. Indeed, it has always been indifferent. A former ambassador, Rajiv Dogra, says, "An intensely self-absorbed nation, the US can pick up a new ally or casually discard a trusted one."

Why are we so insanely besotted with America? The reverence for shared values in the two largest democracies did not stop Richard Nixon and Henry Kissinger sending the Seventh Fleet to our shores ready to fire. More recently, it did not stop officially sanctioned spying of our political parties that included spying on the current PM.

The US thinks so highly of India, it forgot to post a proper ambassador to New Delhi since June 2011, when Timothy Reimer left. For all the big talk, bilateral trade between the two countries falls behind China and the UAE. And the way the wind is blowing, Japan will soon overtake the US. Yet, in the public imagination, America is the land of milk and honey and the future.

Now, before the reader thinks I am a frustrated Trot or America-hater, let me quickly add I yield to no one in my love for Humphrey Bogart, Levi's and popcorn. I'm, however, challenging the wisdom of investing so much in a relationship that yields so little.

Our distorted relationship with the US results from two factors. Ninety per cent of our civil servants, academics, politicians and industrialists ensure their children are educated in the US and imbibe American values, chiefly individualism.

Thus, we are madly pro-America because those who make and influence policy have a vested interest in that country. The Indian elite is sold out to Uncle Sam, who occasionally throws some crumbs.

And then we have the three-million strong NRI and PIO community. I have yet to meet a more smug, selfserving, patronising, opinionated lot. Ideologically, they are a little to the Right of Yogi Adityanath. Till a decade ago, these superior folk could not stand India: it was dirty, corrupt, lazy, poor and inefficient. Third-rate, in other words. Today, they queue up to buy luxury apartments in gated colonies in Gurgaon saying they always wanted to return home.

The first generation of NRIs—Bobby Jindal, Nikki Haley and Preet Bharara—pretend their parents' birthplace does not exist. They may have Indian wives, Indian names, kids who look desi, but India for them could be Mars. Why? Because acknowledging their 'roots' would harm their political careers.

Recently, I received a letter from an NRI in Texas who claimed to be concerned about the health of the nation. He promised to send the princely sum of $100 if I agreed to build toilets in a village close to the Capital. He sent detailed instructions of how his money was to be spent. I threw the letter in the waste paper basket.

This community exercises enormous pressure on any government in power to tow the American line so that the US becomes our pre-eminent partner, especially in business and strategic matters. These gents are a menace. Currently, with the PM in their midst, they are in full flow. I am not suggesting we declare war on Uncle Sam. However, our relationship must be driven by self-interest, not by NRIs.

Sigmund Freud said, "America is a mistake, a gigantic mistake." I would not go as far as Herr Doktor. I would rather misquote Faiz Ahmed Faiz, "Aur bhi mulk hain zamane mein America ke siva."