Yogi Adityanath on Sunday said the incident may have been blown out of proportion due to the institute's "internal politics". 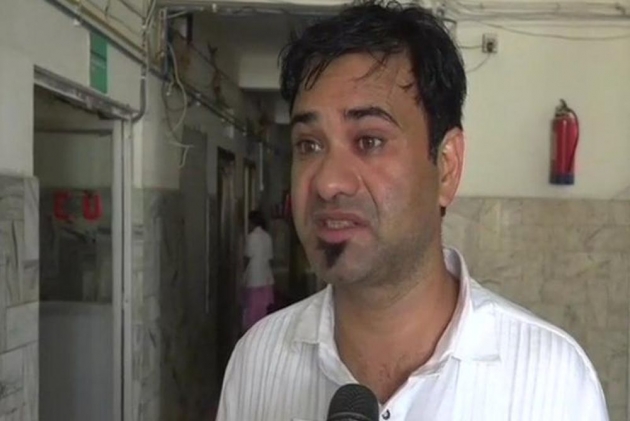 A day after Adityanath termed the death of children in Gorakhpur's BRD hospital a result of institute's "internal politics", Dr Kafeel Khan on Monday accused the Uttar Pradesh chief minister of "doing politics" and "misleading people", according to news agency ANI.

Almost a year after the deaths of scores of infants were reported from the BRD Medical College in Gorakhpur, Uttar Pradesh Chief Minister Yogi Adityanath on Sunday said the incident may have been blown out of proportion due to the institute's "internal politics".

At the launch of a campaign related to the state nutrition mission programme here yesterday, Adityanath said that initially when he heard of the deaths, he was reminded of an incident where a reporter wrote an incorrect news item being not allowed to enter a ward by hospital workers.

"Last year when I heard of the news, I thought a similar thing had happened. But when I saw that all news channels and media had made it an issue, I sent DG (Health) to Gorakhpur and a sought a report. I also sent my health minister and the minister for medical education and told them to submit a report," Adityanath said.

Adityanath, who has represented Gorakhpur in Lok Sabha five times, said this was not enough and he decided to visit the hospital the very next day.

"I asked people there what actually the matter was, and was told there was nothing as such...And if the deaths were due to the lack of oxygen, then children put on the ventilators would have been the first ones to die. I said there must definitely be something. From where were the figures coming? Then it emerged that it was internal politics," the UP chief minister told the gathering.

Adityanath said that after the incident, doctors at the medical college were not keen on seeing patients worrying that it may become an issue.

We had to counsel them that you do your job and not worry about anything else, he said. "If your conscience is clean, then you should not bother, we told the doctors," Adityanath said.

Senior Congress leader and Rajya Sabha MP PL Punia while speaking to PTI today claimed the comments were only an attempt by the chief minister to hide his failures.

"The chief minister, in order to hide his failures, is trying to find new excuses. His statement that the deaths in the medical college did not take place due to shortage of oxygen is laughable especially when his government got arrested the owner of the firm which supplied oxygen to the medical college," Punia said.

Nearly 60 children, mostly infants, died at the hospital within a week in August 2017. There were allegations that the deaths occurred due to disruption in oxygen supply over unpaid bills to the vendor. The state government denied that shortage of oxygen led to the deaths.

In its report submitted on August 23, 2017, a committee under the then UP chief secretary Rajive Kumar probing the hospital tragedy had recommended initiating criminal action against the then principal of the BRD Medical College Dr Rajiv Mishra, HoD Anaesthesia Paediatric department Dr Satish Kumar and in-charge of 100-bed AES ward Dr Kafeel Khan and a firm Pushpa Sales.

UP Chief Minister Adityanath had constituted the committee under the chief secretary on August 12, a day after deaths of children in the state-run hospital were reported.

On August 24, 2017, an FIR was registered against nine persons, including Dr Mishra, in connection with the deaths of over 60 children there due to alleged lack of oxygen supply.

The proprietors of M/s Pushpa Sales, the company responsible for the supply of liquid oxygen, were also named in the FIR. The FIR was filed under various sections of IPC relating to criminal conspiracy and culpable homicide and relevant provisions of the Anti Corruption Act.