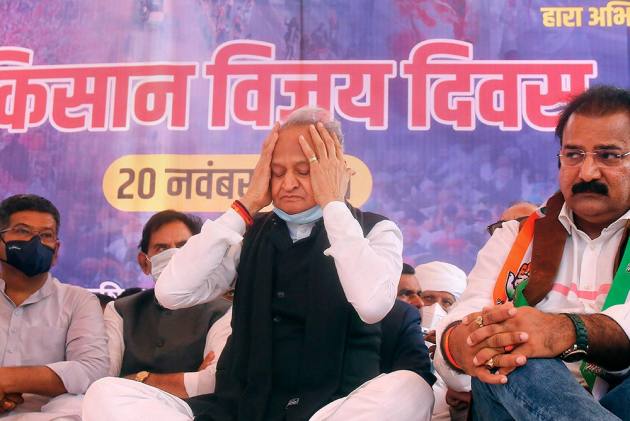 Celebrating the Centre's repeal of the three farm laws as a decisive "victory of farmers' struggle", Congress observed "Kisan Vijay Diwas" in Uttar Pradesh, paying homage to those who lost their lives during the agitation.

To mark this occasion, a program was held at the state Congress headquarters where earthen lamps were lit and floral tributes were paid to the farmers who lost their lives during the agitation. A two-minute silence was also observed as a mark of respect to the departed souls, the spokesman said.

Later, UPCC president Ajay Kumar Lallu said despite more than 700 farmers losing their lives during the year-long agitation, Prime Minister Narendra Modi has not paid tributes to them. In fact, the central government and the prime minister himself have made every attempt to defame the farmers' agitation, Lallu alleged. "The annadata (farmers) have been humiliated by names such as 'andolanjivi', 'Khalistani', 'mavali'. This is most unfortunate," he said.

Lallu alleged that despite ongoing investigations in the Lakhimpur Kheri violence case pointing fingers at the role of Ashish Mishra, the son of Union Minister Of State Ajay Mishra 'Teni', in the incident, the continuance of the minister in Modi's ministry showed that "the government is standing with the murderers". Referring to the letter written by Congress general secretary Priyanka Gandhi to the prime minister earlier in the day, he urged for early fulfilment of the demands in favor of the farmers.

The AICC general secretary has urged that cases registered against the farmers in the country for staging protests against the agri-laws be withdrawn and financial assistance be given to the families of all those who died during the agitation. She also demanded a minimum support price (MSP) guarantee and bringing an ordinance for repealing the three farm laws.

Violence had erupted in Lakhimpur Kheri on October 3, when farmers were protesting the visit of Uttar Pradesh Deputy Chief Minister Keshav Prasad Maurya to Mishra's native place in the district. Four agitating farmers were run over by a vehicle while four others, including a journalist and two BJP workers, were also killed in the violence that ensued.

Meanwhile, the Uttar Pradesh Congress took to Twitter to appeal to the people to join the party in observing the Kisan Vijay Diwas."As the BJP has started losing elections, it has started rethinking its dictatorial decisions. It is clear from this that if the country has to be saved from problems, then the BJP has to be defeated and the farmers have shown the way. Salute the sufferings of the food donors by joining #KisanVijayDiwas," the UP Congress said in a series of tweets.