The state government, in compliance with the Financial Regulation and Budget Management Act, gave importance to social welfare while controlling the financial deficit and ensured the roadmap to take development forward. 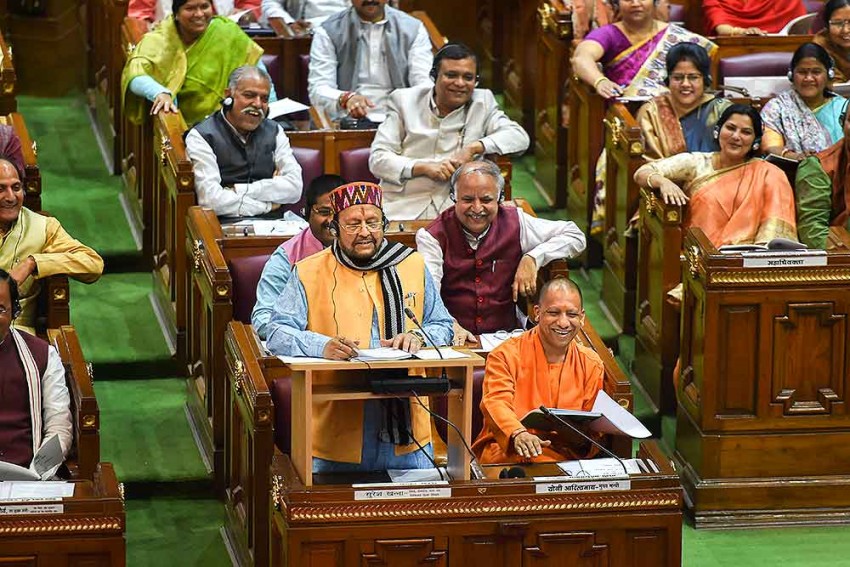 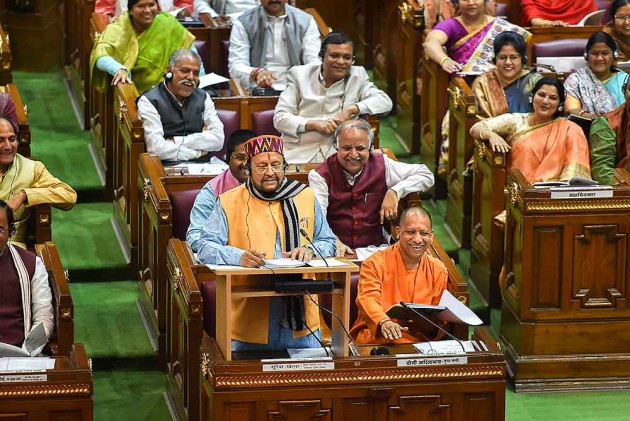 Uttar Pradesh government-led by Chief Minister Yogi Adityanath tabled a budget of Rs. 5,12,860.72 crore for the year 2020-2021 in the Legislative Assembly. Uttar Pradesh is the largest state in India with the highest demography. The state has immense possibilities of development. It is referred to as the best destination in terms of investment and trade. Uttar Pradesh has the potential to achieve the target of 5 trillion dollar economy of the country. Therefore, the budget should be in accordance with these characteristics and meet the expectations.

Uttar Pradesh is also dissimilar geographically and also in terms of population, social structure, human structure and ethnicity. Thus, while formulating the budget, it was necessary that the budget should be balanced and progressive in every aspect as well as strengthen and enrich the foundation of the state. With this view, the government increased the size of the budget on one hand and took full care of financial discipline on the other hand. The state government, in compliance with the Financial Regulation and Budget Management Act, gave importance to social welfare while controlling the financial deficit and ensured the roadmap to take development forward. Uttar Pradesh is the most prosperous and young state from the point of view of human capital and therefore it has immense potential for a demographic dividend. But this is possible only when youth are skilled, competitive and employed. This is the reason that budget is focused on youth. Since this requires higher education, this year's budget stresses on it. Therefore, according to the vision of Chief Minister Adityanath, higher education has been focused in this budget to make the state the focal point of education.

Apprenticeship scheme has been started for educated unemployed youth who desire to become self-reliant, under which every youth after getting associated with some enterprise will get financial support of Rs. 2500 per month from the government during the apprenticeship period. In this way, along with educating the youth to become employable, the government will also teach skills to become entrepreneurs. In this direction, two schemes have been mentioned in the budget. One is the Chief Minister's Apprentice Promotion and the second is the Youth Entrepreneurship Development Scheme. Under the first scheme, the government will impart training to the youth in small, micro and medium units of the state.

Along with benefiting the state's population through welfare schemes, it was also necessary that the budget changes socio-economic dynamics. But apart from this, it is necessary that the government speeds up the development and then makes a fair distribution of the economy so that all-round development is ensured, that even a person standing on the last rung of the last line can benefit from the state's economy. For this, it is necessary to make human capital healthy, prosperous, dynamic and competitive. The second is to bring structural changes in the rural economy to make them market-oriented and profit-oriented as well as employable. The third is to develop the market as a modern, competitive and superior destination. And the fourth is to convert the economy into a production and export economy. The picture of this coordination is clearly visible in this budget.

The backbone of any economy is the manufacturing sector and infrastructure is necessary for it. Connectivity and development complement each other, especially in a land-locked state like Uttar Pradesh. Option is developing better roads and airports. Through them, the product of the state can easily reach the market in the country and the world, safely and fast. Commenting on the budget, Chief Minister Adityanath explained that every investor in the world wants to invest in Uttar Pradesh today. The state has received proposals for investment of Rs 50,000 crore at Defence Expo-2020. This is the ability of Uttar Pradesh and it is the government's priority to provide adequate infrastructure for this. Therefore, Purvanchal Expressway will be opened for common people by the end of this year, the foundation stone of Bundelkhand Expressway will also be laid and funds for Ganga Expressway have been allotted. Apart from this, the construction of Jewar International Airport, International Airport Ayodhya, heliport at important tourist destinations and proposed Ganga Expressway, the country's longest (637 km), etc are other important schemes.

Yogi Adityanath came to lead the government in 2017 with this one vision. Therefore, he focused on farmers in the first budget so that Uttar Pradesh can be recognized as an export-oriented agro-economy while going beyond self-sufficiency in food production. To connect rural production to the market and connect it to an industry-based economy, it was necessary that industrial development took place. The second budget of the government headed by the Chief Minister remained focused on industrial development as a result of which, Investors Summit, was organized in which MoUs worth about Rs. 4.5 lakh crore were signed. After this, there was an influx of more than Rs 1,20,000 crore investment through two ground-breaking ceremonies. Remarkably, Uttar Pradesh proved to be a better destination for investment during this period. If half the population of the country remains neglected during the process of development, then the growth will appear incomplete, so the third budget was focused on women empowerment. Youth is the decisive power of this country and the state. Keeping this in mind, the budget presented in the Legislative Assembly of Uttar Pradesh recently was focused on the development of youth.

Overall, this budget is a vision document for social development, social justice, economic welfare, opportunities for youth and the prosperity of human capital, as well as a vision document to take development on a forward track by ensuring basic infrastructure that are expected to yield better results.

(The author is an expert on economic affairs. Views expressed are personal.)