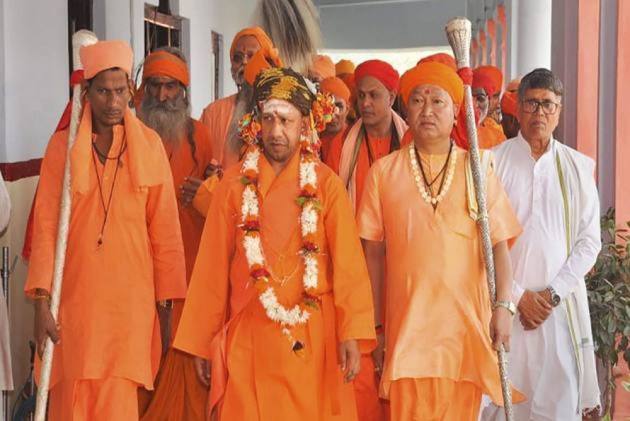 "Ayodhya is a symbol of our 'aan, baan aur shaan' (honour, pride and prestige)" he said in the pilgrim town, about 120 km from state capital Lucknow.

Yogi Govt To Rename Allahabad As 'Prayagraj' On Seers' Demand

UP Cabinet Okays Proposal To Rename Allahabad As Prayagraj

"Nobody can do injustice to Ayodhya," he said, adding that the holy city is identified by Lord Ram.

Adityanath was speaking on the occasion of "Deepotsav" on Diwali eve.

He also announced setting up of a medical college in the name of King Dashrath, father of Lord Ram, in the district.

A medical college will be established here in Ayodhya, I want it to be named after King Dasharatha. We will also construct an airport here named after Lord Ram: UP CM Yogi Adityanath at Ram Katha Park #Diwali pic.twitter.com/ESJX8eRQp1

Kim visited the site, along with Chief Minister Yogi Adityanath, and attended a ground-breaking ceremony for upgrade and beautification of the memorial dedicated to the legendary princess of Ayodhya who went to Korea.