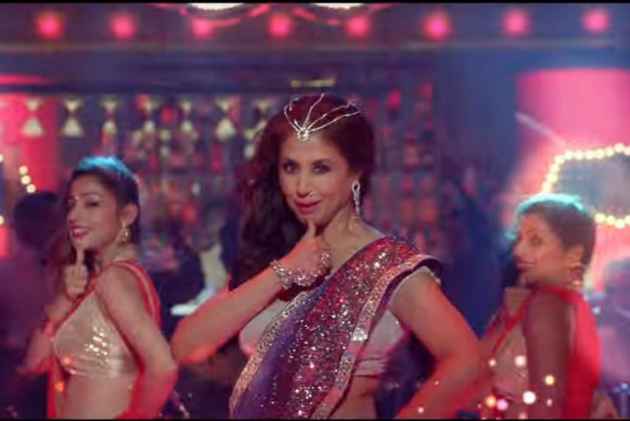 The popular Indian actress, Urmila Matondkar, from the 90s has made a comeback to the silver screen with a dance number in Irrfan Khan-starrer Blackmail.

The Rangeela star has recreated her magic on screen with the quirky number, Bewafa Beauty that is set against the backdrop of a bar.

Taran Adarsh, an Indian film critic and a trade analyst, shared the song on his Twitter account, "10 saal baad... Urmila Matondkar returns to the big screen after 10 years... Here's the new song from #Black???: #BewafaBeauty".

It depicts a journey comprising of infidelity, which is a far cry from the norm. There is love, cheating, fighting, cunning, comedy but there is one thing which is the essence of it all - blackmailing.

The comedy film is helmed by Abhinay Deo of Delhi Belly fame and is set to hit the theaters on April 6, 2018.