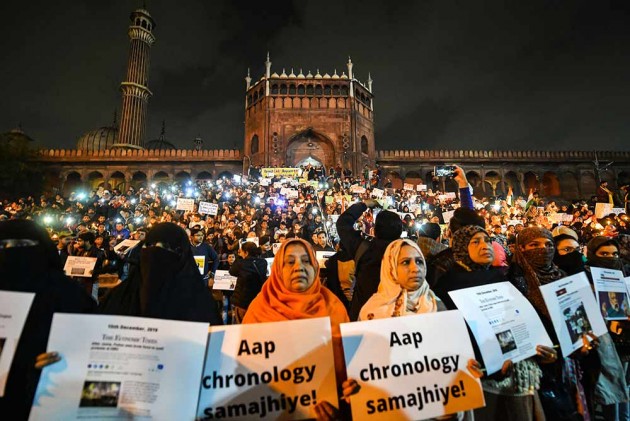 A US commission mandated to monitor religious freedom globally on Tuesday asked the State Department to designate 14 nations, including India, as "countries of particular concern", alleging that religious minorities are under increasing assault in these nations.

These include nine countries that the State Department designated as CPCs in December 2019 - Myanmar, China, Eritrea, Iran, North Korea, Pakistan, Saudi Arabia, Tajikistan and Turkmenistan - as well as five others - India, Nigeria, Russia, Syria, and Vietnam, US Commission for International Religious Freedom (USCIRF) said in its annual report released on Tuesday.

In the 2020 edition of its annual report on International Religious Freedom, the USCIRF alleged that in 2019, religious freedom conditions in India “experienced a drastic turn downward”, with religious minorities under increasing assault.

However, two of the nine members have expressed their dissent over the USCIRF recommendation to place India in the CPC. And a third member also expressed his personal view on India.

"I must dissent from the decision of my fellow Commissioners to recommend India, the world’s largest democracy, for designation as a 'country of particular concern', or CPC, placing India in a gallery of rogue nations in which it does not belong,” Commissioner Gary L Bauer wrote in his dissent note.

"India does not belong to the same category as authoritarian regimes like China and North Korea. India is the largest democratic nation in the world, where the CAA has been challenged openly by the opposition Congress Party and lawmakers, civil society, and various groups,” said Commissioner Tenzin Dorjee.

Established by the US Government in 1998 after the inaction of the International Religious Freedom Act, recommendations of USCIRF are non-binding to the State Department. Traditionally, India does not recognize the view of the USCIRF. For more than a decade, it has denied visas to members of the USCIRF.

In its report, the watchdog alleged that in 2019, the national government in India used its strengthened parliamentary majority to institute national-level policies violating religious freedom across the country, especially for Muslims.

"Most notably, it enacted the Citizenship (Amendment) Act, which provides a fast track to Indian citizenship for non-Muslim migrants from Afghanistan, Bangladesh, and Pakistan already residing in India,” it alleged.

"According to government officials’ statements, this law is meant to provide protection for listed non-Muslim religious communities—but not for Muslims—against exclusion from a nationwide National Register of Citizens and the resulting detention, deportation, and potential statelessness,” it said.

The Indian government has maintained that the CAA is an internal matter of the country and stressed that the goal is to protect the oppressed minorities of neighbouring countries.

"The national and various state governments also allowed nationwide campaigns of harassment and violence against religious minorities to continue with impunity, and engaged in and tolerated hate speech and incitement to violence against them,” the USCIRF alleged.

The USCIRF alleged that during 2019, discriminatory policies, inflammatory rhetoric, and tolerance for violence against minorities at the national, state and local level increased the climate of fear among non-Hindu communities.

In its report, the watchdog also mentioned about communal riots in Delhi in February 2020, alleging that there were reports of Delhi police, operating under the Home Ministry’s authority, failing to halt attacks and even directly participating in the violence.

India has previously described the comments by the USCIRF and a "few individuals" over violence in the national capital as "factually inaccurate, misleading" and an attempt to politicise the issue.

The USCIRF also recommended to the State Department to impose targeted sanctions on Indian government agencies and officials responsible for severe violations of religious freedom.

Among others, it recommended the State Department to allocate funding to support civil society to create a monitoring and early warning system in partnership with police to challenge hate speech and incitement to violence.

The US Congress should continue to hold hearings highlighting religious freedom conditions in India and US policy toward India, the USCIRF said.

In his individual views, Commissioner Johnnie Moore said that he is gravely concerned that political and inter-communal strife will be further exacerbated by religious tensions, yet he is also heartened that India remains the world’s largest democracy, governed by a pristine constitution, and is also encouraged that this great nation is a tremendous friend and ally of the US.