The tweet also earned him quick criticism with many people on social media saying that the president is not fit for office. 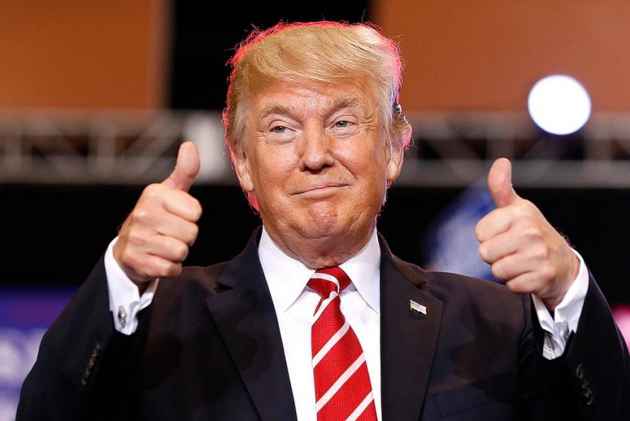 US President Donald Trump has retweeted a doctored video showing him swinging a golf club and appearing to hit former Democratic presidential rival Hillary Clinton with a golf ball.

The animated GIF (Graphics Interchange Format) image, which the president retweeted yesterday, also shows Clinton tripping and falling after being hit in the back as she boards a plane in 2011 as the secretary of state.

The tweet also earned him quick criticism with many people on social media saying that the president is not fit for office.

A twitter handle named @kspainhome said: "The leader of our country is a bully who promotes this. So sad!"

Former Office of Government Ethics Director Walter Shaub, who repeatedly criticised the Trump administration about potential conflicts of interest before resigning in July, slammed Trump for the retweet and said he reported it to Twitter for violating the social media platform's rules of conduct.

"The President of the United States just retweeted a video vignette that imagines him assaulting his political rival. The man is unfit," tweeted Shaub, who joined the ethics office as a staff attorney early during the George W Bush administration and was appointed as the office's director by President Barack Obama.

The tweet came as Trump is preparing for a critical round of powerhouse diplomacy with world leaders at the United Nations.

Last week, Clinton promoted her new book, "What Happened," about her experiences as the Democratic party's nominee for president of the US in the 2016 election. She lost the presidential race to Trump.

Trump slammed Clinton over her new book earlier this week too, tweeting that she "blames everybody (and every thing) but herself for her election loss."