Several US media outlets reported earlier this month that the Trump administration has talked secretly with rebellious Venezuelan military officers several times to discuss their plans to stage a coup in the South American country. 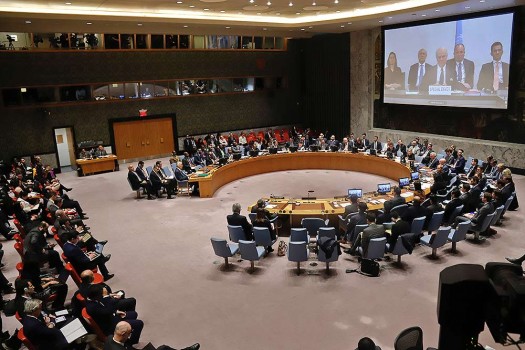 US Secretary of State Mike Pompeo on Friday warned Venezuelan government of serious actions by Trump Administration against them. The statement was made a week ahead of annual UN General Assembly in New York next week.

Speaking at an interview with Fox News, Pompeo said that "I think you'll see in the coming days a series of actions that continue to increase the pressure level against the Venezuelan leadership folks", Xinhua reported.

Claiming that "we're determined to ensure that the Venezuelan people get their say," Pompeo declined to detail whether Washington will impose more sanctions on Caracas.

Several US media outlets reported earlier this month that the Trump administration has talked secretly with rebellious Venezuelan military officers several times to discuss their plans to stage a coup in the South American country.

For his part, US President Donald Trump said in August of last year that he would not rule out a "military option" in Venezuela "if necessary," despite his aides' opposition.

The US has also announced several rounds of sanctions against Venezuelan government officials ever since.

In response, Venezuela has slammed the "warmongering" declarations of Trump as "threats to peace" and a "violation" of UN and international laws.

The Nicolas Maduro government has also instructed the military to prepare to "shoulder arms" in case of a US invasion.