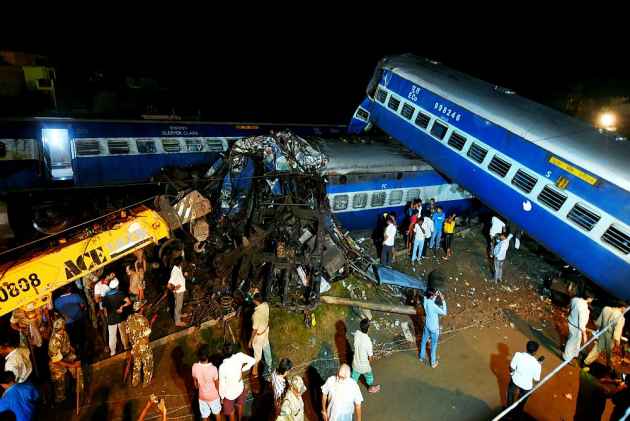 The Congress Party on Saturday launched a scathing attack on Prime Minister Narendra Modi over the recent derailment of the Puri-Haridwar-Kalinga Utkal Express, near Khatauli railway station in Muzaffarnagar and accused the Centre for being careless regarding the safety of the passengers travelling with the Indian Railways which has claimed so many lives in past three years.

"Since Modi Govt took over in May 2014, 259 passengers have lost their lives & 899 injured in 27 train accidents. When will Govt wake up?," Congress leader Randeep Surjewala told ANI.

Surjewala further said that the railway safety still remains under the cloud of question mark with such accidents taking place at continuous basis.

"If Prime Minister Modi can spend Rs 1 lakh crore on a bullet train, which he promised between Ahmadabad and Mumbai, why can't he allocate 40 thousand crore for railway safety. We have seen platform tickets go up. We have seen, passengers fare go up, but railway safety remains under a serious cloud," he told ANI.

Further stressing on the same, Surjewala requested the government to wake up from their sleep and take some action after taking lessons from this incident.

"We sincerely hope and request the government to at least wake up from its slumber taking a lesson from this painful train accident in Muzaffarnagar and ensure that adequate time bound measures are taken for the railway safety," he said.

Surjewala said that no amount of compensation and money can bring back the lives of those who have died.

"Important question is how they are going to prevent such incidents from happening in future. What steps have they taken and lesson learnt from such incident," he added.

Here are the updates so far:

- 23 people have lost their lives till now and 40 are said to be injured.

- Medical vans have also been rushed to the site

- Union Railway Minister Suresh Prabhu said that he has ordered inquiry into the unfortunate accident to ascertain the cause.

- As per sources repair work was underway at the track.

- MoS Railways Manoj Sinha and BJP leader Sanjeev Balyan are at the site.

- Alternate arrangement is being made for stranded passengers.

-Odisha Chief Minister Naveen Patnaik announced ex gratia of Rs 5 lakhs to the next kin of any Odia passengers killed in the incident. He also announced relief of Rs 50,000 for injured.

- Union Minister of Railway Suresh Prabhu announced ex gratia of Rs 3.5 lakh for the next kin, Rs. 50,000 for those seriously injured and Rs. 25, 000 for people with minor injuries.

- President Ram Nath Kovind and Prime Minister Narendra Modi expressed condolences to the grieving kin of the victims who lost their lives in the derailment of the Puri-Haridwar-Kalinga Utkal Express.

-Chief Minister Yogi Adityanath said that he has sent two of his ministers to the accident spot to take a stock of the situation. (ANI)