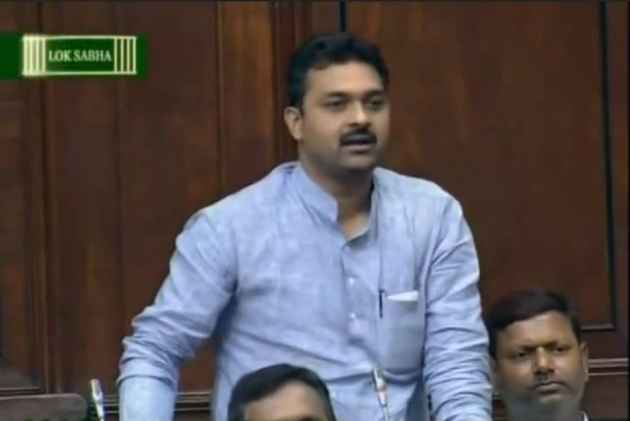 A BJP MP and 27 other people have been booked under various charges, including rioting and criminal conspiracy, following a fracas over a land dispute in Gorakhpur in Uttar Pradesh, police said today.

Kamlesh Paswan, the sitting MP from Bansgaon constituency, and others were booked last night in connection with the dispute in Rustampur area, Praveen Kumar Singh, who is holding the additional charge as circle officer of Cantonment police station area, said.

"One of the parties (involved) in the dispute in a police complaint stated that the other side demolished an under-construction boundary wall at around 1.30pm yesterday, allegedly at the behest of Paswan," Singh said.

The officer, however, added that Paswan was "not directly involved". "Allegations have been levelled against him (by one party) of giving patronage (to the other). Paswan's involvement in the case is subject to investigation."

But Senior Superintendent of Police Satyarth Aniruddh Pankaj said they have evidence that associates of Paswan demolished the wall. "A case against MP Kamlesh Paswan and others has been registered with Cantonment police station under various sections of the IPC," Pankaj said.

When contacted, the two-time MP denied the charges.

"I was not present at the spot and I am not involved in this issue. It is all fake charges levelled against me. Yesterday evening, I met the SSP regarding the land, that some people are trying to grab it. I don't know how my name figured in the FIR. I am shocked and I will take up the matter forward," Paswan said.

Paswan and the 27 other people have been booked under various sections of the IPC, including 147 (rioting), 506 (criminal intimidation) and 120B (criminal conspiracy).