The post-mortem report said the three Dalit girls from Jaunpur died 'when they got crushed after coming in front of a train that was passing through' whereas the family of the deceased contested the claim. 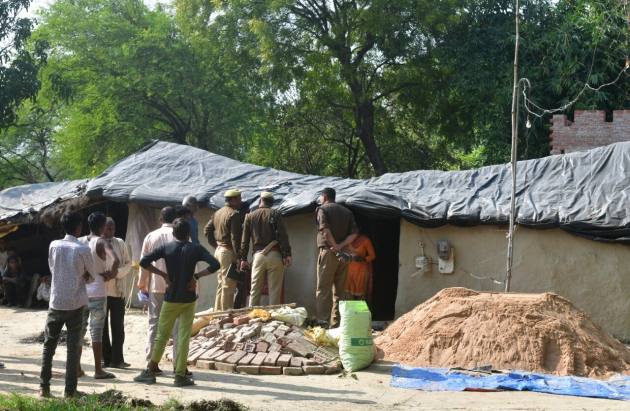 The death of three teenage Dalit sisters in Uttar Pradesh’s Jaunpur district remained shrouded in mystery and controversy, even a week after their body parts were found scattered on a railway track 14 kms from their home.

Police believe that the three girls—Preeti, (17), Arti (15) and Kajal (12)—were driven to “mass suicide” to escape acute poverty and starvation. Though their body parts were discovered on November 18, police had not registered an FIR till November 26.

Members of the extremely impoverished family have, however, refused to buy the police theory of suicide. “The matter must be thoroughly investigated. We want justice… We want to know what happened to them. The truth must be uncovered,” said an inconsolable Asha Devi, the girls’ mother. Devi, 47, lives with her only son Ganesh (19) in a Dalit locality which houses dank, dark and cramped mud huts alongside a few incomplete concrete structures, in village Bari Ahiroli.

She has two more daughters—one of them, Jyoti (21), lives with her late father’s sister in a nearby village, and the other, Renu, was married off in July this year. Devi lost her husband, Rajendra Prasad Gautam, to tuberculosis in 2012 and her eyesight three years ago briefly after a cataract surgery at a charity medical camp. One of her daughters, Sundri (23) had died of hypothermia in the winter of 2019.

Questioning the suicide theory, the aggrieved family members wondered as to why the girls would choose to end their lives at a place so far from their house. They said, it was highly unlikely for them to reach the Fattupur railway crossing on Sultanpur rail section on foot in pitch dark at around 10.45 pm.

Police quoted the post-mortem report as saying that the three girls died “when they got crushed after coming in front of a train that was passing through”. A senior police officer at Badlapur said on the condition of anonymity, as he was not authorised to discuss the matter with the media, “We didn’t recover any suicide note from the spot…We haven’t registered an FIR as the family didn’t ask for it. The exact reasons behind the suicide have to be investigated by the Maharajganj police station as the village of the deceased girls comes under the jurisdiction of that police station,” the officer

But at Maharajganj police station, a sub-inspector maintained that the incident was to be probed by the Badlapur police instead as the incident took place in that area.

“My daughters were swabhimaani (self-respecting). They would eat whatever was available at home and never borrow even salt from anyone,” a devastated Asha Devi told Outlook. Before leaving the house under mysterious circumstances on November 18 evening, she said, “they had cooked ‘mooli ki sabzi’ and baked rotis for everyone at home.” Although the family is a beneficiary of Pradhan Mantri Ujjwala Yojana, the family would cook their meals on earthen chullah. 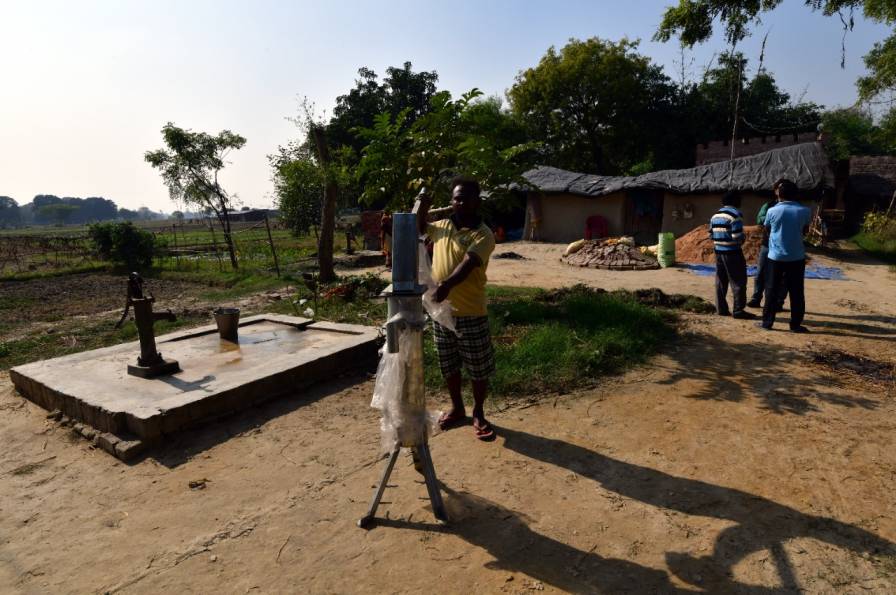 A day after the girls were cremated, the family said, the village head had provided them a refilled cooking gas cylinder. The local MLA has also provided them construction material and a water hand pump. With assembly elections round the corner, several political leaders from various parties have started visiting the family. Help in the form of food-rations, financial assistance and benefits of government welfare schemes have started pouring in.

The local administration has promised to complete the construction of the housing unit that was provided to the family under Pradhan Mantri Awas Yojana. Its construction was abandoned midway earlier this year. Additionally, it has announced to provide two patches of “agricultural land” that measure around 0.75 acre, to the family. Ironically, one plot is wetland and the other is arid and rocky.

Since the promised pieces of land are surrounded by the farms of Thakur community, the family rued, it was highly unlikely for them to take possession of the same and cultivate it because of caste tensions in the area.

The deceased girls and their brother would mostly work as farmhands in their village to sustain themselves and their family. This year, Ganesh told Outlook, although he got five-six days of employment under MGNREGA, he didn’t get the wages.

The family admitted that the three girls had to be cremated on a single pyre as they didn’t have enough money to arrange for two additional. Except for a small financial assistance from the Badlapur police, the family members lamented, they didn’t receive any help from the administration and had a tough time making arrangements for the post-mortem at the Jaunpur district hospital, transporting the bodies and cremating them at Ramghat in Jaunpur.