The accused Vinod Chaurasia took a sword, pinned the victim down and severed one of her hands. 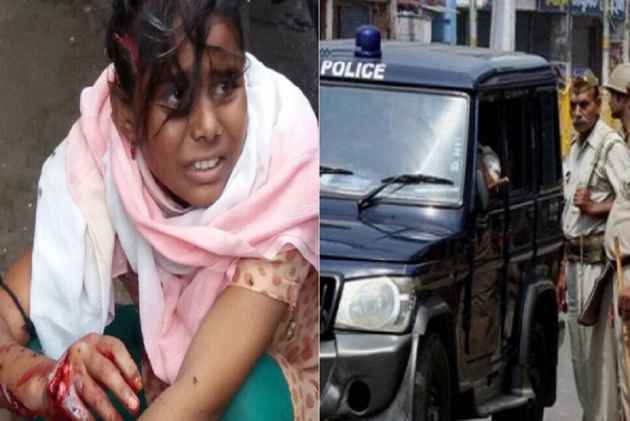 A 15-year-old girl was attacked with a sword by a stalker in Lakhimpur Kheri district of Uttar Pradesh.

The incident took place around 3 pm on Wednesday when the victim, a class 9th student, was in the milling market area of Fatehpur Saidri, reported The Times of India.

The accused Vinod Chaurasia took a sword, pinned the victim down and severed one of her hands.

Chaurasia, who works in a welding shop, had been trying to take advances of the girl but was denied every time he approached her, the report adds.

The victim is currently in hospital and continues to be in a critical condition.

Speaking to the newspaper a doctor at the Kheri district hospital told: "She had lost a lot of blood and she was critical. That's why she was sent to Lucknow for treatment."

This is not the first such brutal attack by stalker. Earlier this month, a 17-year-old girl was murdered in  Ballia district by five boys of her village, who had been stalking her for months.

Two people were arrested in connection to the case, according to a report in ANI.

In another incident, two sisters were burnt alive while they were sleeping at their home in Bareilly.fter assuming office Yogi Adityanath had formed special squads of Uttar Pradesh police to ensure

After assuming office in March as Chief Minister of Uttar Pradesh, Yogi Adityanath had formed special squads of police to ensure security of women in the state. They were named  as  'anti-Romeo squads'. It was one of the poll promises of the BJP befor the State Assembly elections.

The Allahabad High Court had directed the UP government to ensure that guidelines were followed by anti-Romeo squads and action was taken as per the law.