Varavara Rao, along with four other activists, was arrested on August 28 after Pune Police conducted raids at various places in the country in connection with the Koregaon-Bhima violence case. 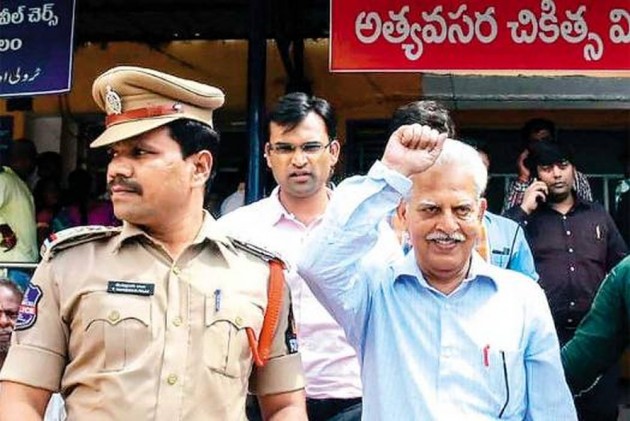 Rao was taken into custody in Hyderabad on Saturday after his house arrest ended on November 15 and his petition to quash the transit remand was disposed of by a court there on November 16.

He was brought to Pune on Sunday morning and was produced before District and Sessions judge Kishor D Vadane, who remanded him in police custody till November 26.

‘This Is Absolutely Chilling’: Ram Guha, Arundhati Roy And Others React To Activists’ Arrests

‘This Is Absolutely Chilling’: Ram Guha, Arundhati Roy And Others React To Activists’ Arrests

District government pleader Ujjwala Pawar, while seeking police custody of 14 days, told the court that Rao had a nexus with top fugitive CPI (Maoist) operatives and was actively involved in the procurement of arms and ammunition, recruitment of students and funding of Maoist activities.

Rao, along with four other activists, was arrested on August 28 after Pune Police conducted raids at various places in the country in connection with the Koregaon-Bhima violence case.

Police alleged that these activists had links with the Maoists, who backed Elgar Parishad event held in Pune on December 31 last year.

The Parishad, police alleged, led to the violence at Koregaon Bhima war memorial in Pune district the next day.