Varun Dhawan And Samantha Ruth Prabhu To Play Spies In Their Next?

After Varun Dhawan, the recent reports suggest that Samantha Ruth Prabhu has been roped in for the Indian spin-off of ‘Citadel’. 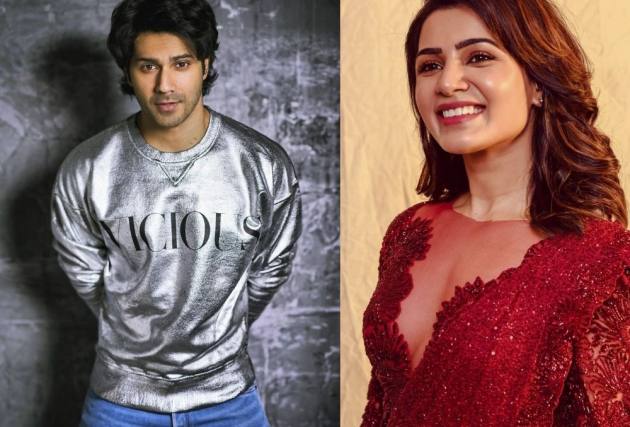 It was rumoured a few months ago that Bollywood actor Varun Dhawan had struck a deal with Amazon Prime Video for the Indian adaptation of Anthony and Joe Russo's ‘Citadel’. According to reports, the producers have managed to land actress Samantha Ruth Prabhu to portray the female lead in this action-packed Amazon Prime series.

According to a report by Pinkvilla, a source close to the development said that “It’s among the biggest shows that's keenly awaited not just in India but even on an international front. The makers were on the lookout for a fresh pairing and that’s when they pulled off the coup of bringing Samantha alongside Varun for the first time,”

Dhawan and Samantha Ruth Prabhu are expected to portray as spies in the Raj and DK series, according to reports. “The team is planning to mount it on a massive scale and get stunt coordinators of international repute on board. Both Varun and Samantha will do multiple workshops and training sessions to learn various forms of action next year before taking the series on floors,” the source further added.

The report further said that, “It’s neither a remake nor an adaptation. Given that the espionage genre has universal reach, the makers have decided on a spin-off to Citadel in India. The idea is to set the premise against the backdrop of Indian characters and take it to a global level,”.

On the work front, Samantha Ruth-Prabhu was last seen in 'Jaanu,' opposite Sharwanand. She also appeared in a special song in the upcoming film 'Pushpa: The Rise,' with Allu Arjun. She's already finished filming 'Shaakunthalam,' Gunasekhar's mythological magnum opus. Shantaruban Gnanasekharan's multilingual film is also in the works for the actress.

Dhawan was most recently seen in 'Coolie No. 1' and is currently filming 'Jug Jugg Jeeyo.' His film 'Bhediya', whose first look was recently revealed, will be released in November 2022.