Home  »  Website  »  International  » Reportage  »  Venezuela Wants India To Buy Its Oil Using Rupees, Doesn't Want To Use Dollar 'At All'

Venezuela Wants India To Buy Its Oil Using Rupees, Doesn't Want To Use Dollar 'At All'

The arrangement to trade in Indian rupee currently exists between Iran and Bhutan and Venezuela wants a similar arrangement with India. 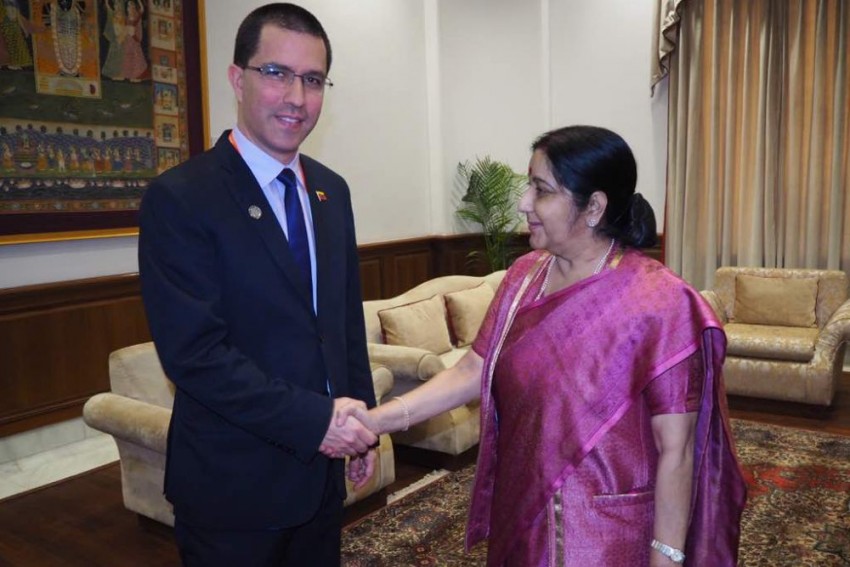 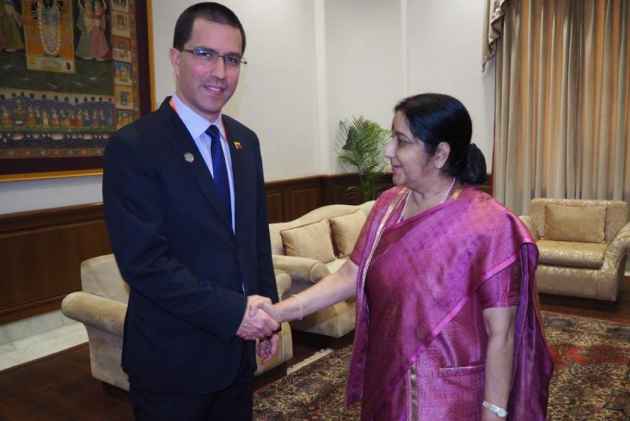 Arreaza said Venezuela wants India to buy its oil using Indian rupee, which the South American country in turn can use for trading Indian food products and medicines.

The arrangement to trade in Indian rupee currently exists between Iran and Bhutan and Venezuela wants a similar arrangement with India.

"We don't want to use dollar at all," Arreaza told reporters.

Arreaza said his country has a similar arrangement with Turkey, China and Russia. He said a proposal in this regard was discussed with the finance and the petroleum ministries of India.

"We want to import technology, food products and medicines by paying (Indian) rupees and they will pay us (Venezuela) not in (US) dollars but in rupees," he said.

The reason cited behind the move was the sanctions imposed by the US.

Nearly 44 Venezuelans have now been sanctioned by the United States government, including President Nicolas Maduro himself, whom the Trump administration has branded a "dictator".

India through its oil Public Sector Undertaking has invested substantially in the oil sector of that country. The South American country is the second largest oil supplier to India.

The Venezuelan foreign minister, who was here to attend the Founding Conference of the International Solar Alliance, said President Maduro wanted to attend the event but he had to drop the plan due to the polls back home.

Maduro is seeking a re-election.

"After President Maduro hopefully gets re-elected, he will visit India and also extend an invitation to Prime Minister Narendra Modi to visit Caracas," he said.

The foreign minister said during his visit he met his Indian counterpart Sushma Swaraj and discussed ways to enhance cooperation.