What can possibly happen when one of the senior members of a huge joint family is put on a ventilator all of a sudden? 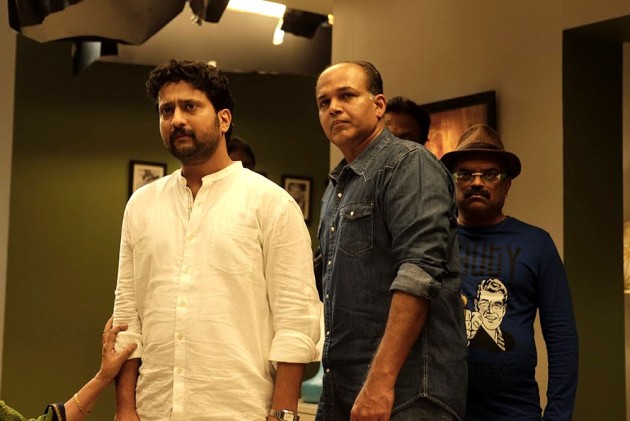 What can possibly happen when one of the senior members of a huge joint family, spread across cities and villages, is put on a ventilator all of a sudden? The premise lends itself beautifully to chaos, comedy and dollops of emotion. And when it is taken up by Rajesh Mapuskar (Ferrari ki Safari}, associate of Raju Hirani, you have a film that has all of the above boxes ticked.

Gajukaka, loved and respected by all, is put on ventilator a week ahead of Ganpati Festival. His nephew Raja Kamerkar (Ashutosh Gowarikar, returning to acting after 18 years} and his elder cousin are required to helm the proceedings at the hospital that requires management of relatives, meetings with doctor (Boman Irani’s debut in Marathi}, payment of hospital bills and decision to pull the plug. In a nutshell the drama unfolds in the hospital lobby with each character displaying their quirks, vested interests and softer side. Amidst plenty of laughs, a story of strained relations is told.

Mapuskar’s masterstroke is in assembling theatre and film stalwarts like Satish Alekar, Viju Khote, Sulbha Arya, Swati Chitnis and many more for relatively smaller roles. They make each of the “samples” count and also provide the necessary cushion to Ashutosh Gowarikar, whose character is so similar to his real life persona (film director, friends with Priyanka, soft spoken etc.} that it becomes a tad difficult to see him as Kamerkar and not Gowarikar (it also reminded me of Farah Khan in Shirin Farhad ki toh Nikal Padi, her lead actor role, somehow}.

Cameos from Priyanka Chopra, who is also the producer, and Boman Irani add a little bit of Bolly-fun. However, absolutely unnecessary is some kind of validation/analysis of the crazy Indian family by an American son-in-law, thankfully it’s only for a minute or two. Also among the two strands of father-son tensions, Raja Kamerkar-Bhau(Satish Alekar plot seems a little far-fetched/not–well-written/heavily edited though essayed with great poise by Alekar.

The star, who shines through this watchable chaos, is Jitendra Joshi, playing Prasanna Kamerkar, son of the patient, (theatre-actor whose play Don Special has made waves}, who is supported excellently by Sanjeev Shah (well-known Gujarati theatre actor}. They have distinctly different styles of acting and bring out the best in each other as close relatives and rivals.

The characters, though selfish or individualistic, never become as toxic and pungent as those in Vultures, a stark Vijay Tendulkar play on family’s cruel equations. On the other hand, the film, thankfully, also manages to stay away from tying every knot neatly in the end like a gooey Bollywood blockbuster would, except for an “almost moral of the story” moment. Some things sort, some don’t, some things change forever and life goes on, and in this film it goes on with a warm, fuzzy feeling in the heart.