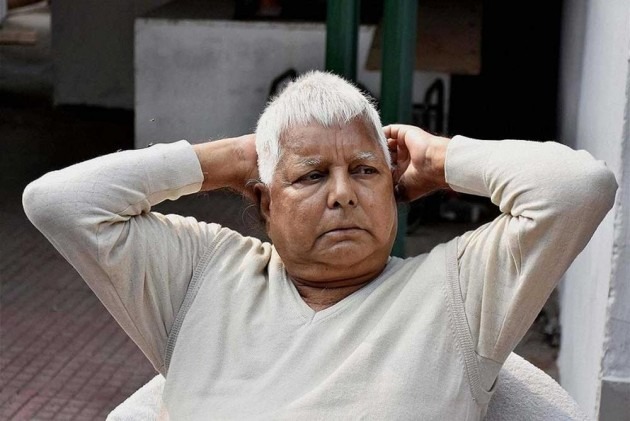 A special CBI court has deferred till March 19 the judgement against former Bihar chief ministers Lalu Prasad and Jagannath Mishra in the fourth fodder scam case pertaining to alleged withdrawal of Rs 3.13 crore from the Dumka treasury over two decades ago, a lawyer said today.

This is the second time that the verdict in the case has been postponed, RJD chief Prasad's counsel Prabhat Kumar said

The court of special judge Shiv Pal Singh had yesterday fixed today as the date for the pronouncement of the order, he said.

“The special CBI judge is on a training programme. The judgement will be pronounced on March 19,” the lawyer said.

The court had postponed the verdict on March 15 till the next day in view of a petition being filed on behalf of Prasad seeking three officials in the office of the accountant general in the 1990s be made a party to the case, according to Kumar.

Besides Prasad and Mishra, 29 others are accused, including former IAS and animal husbandry department officials, in the Dumka treasury case.

The 69-year-old RJD chief has been in Birsa Munda jail at Ranchi since December 23 last year after being convicted in the second fodder scam case pertaining to illegal withdrawal of Rs 89.27 lakh from the Deogarh treasury 21 years ago.

On January 6 this year, the CBI court judge had sentenced Prasad to three-and-a-half years in jail and imposed a fine of Rs 10 lakh on him in the Deoghar treasury case.

The CBI court had on January 24 this year sentenced Prasad and Mishra to five years in jail in a fodder scam case in connection with fraudulent withdrawal of Rs 37.62 crore from the Chaibasa treasury.

In 2013, Prasad was convicted in the first fodder scam case involving withdrawal of Rs 37.7 crore from the Chaibasa treasury and sentenced to five years in jail while Mishra was given a prison term of four years.

The fifth case relating to fraudulent withdrawal of Rs 139 crore from the Doranda treasury in Ranchi is pending with the court.

The over Rs 900-crore fodder scam cases relate to illegal withdrawal of money from government treasuries in different districts of the animal husbandry department in undivided Bihar in 1990s when the RJD was in power in the state and Prasad was the chief minister.