Verdict On Salman Khan's Bail Plea To Be Pronounced After Lunch

The actor was on Thursday convicted by a trial court and sentenced to five years in prison for killing two black bucks during the shooting of "Hum Saath Saath Hain" here. 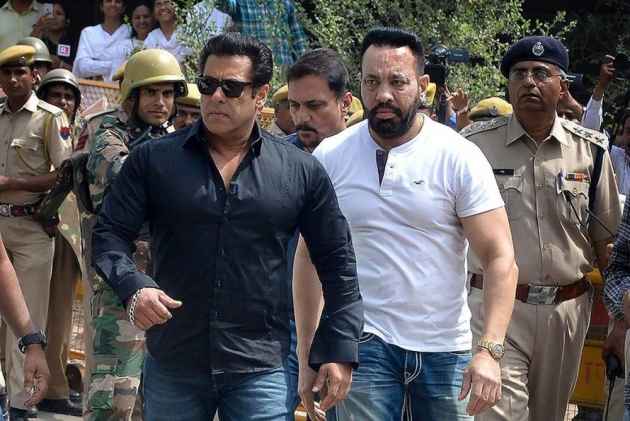 The hearing on actor Salman Khan's application for bail and suspension of sentence in the 1998 black buck poaching case has been completed and the order will be pronounced after lunch.

District and Sessions Judge Ravindra Kumar Joshi heard the arguments of prosecution and defence which lasted for about an hour, defence counsel Mahesh Bora said.

Khan's sisters - Alvira and Arpita - were present during the hearing.

In a late night development, Joshi was transferred to Sirohi as part of a reshuffle.

The actor was on Thursday convicted by a trial court and sentenced to five years in prison for killing two black bucks during the shooting of "Hum Saath Saath Hain" here.

The sessions court had yesterday reserved its decision on Bollywood superstar's bail plea for today and called for the records of the case from the trial court.