Foreign secretary Vijay Gokhale had sent a letter dated February 22 to cabinet secretary PK Sinha regarding this, and four days later, Sinha issued the directive to all government functionaries. 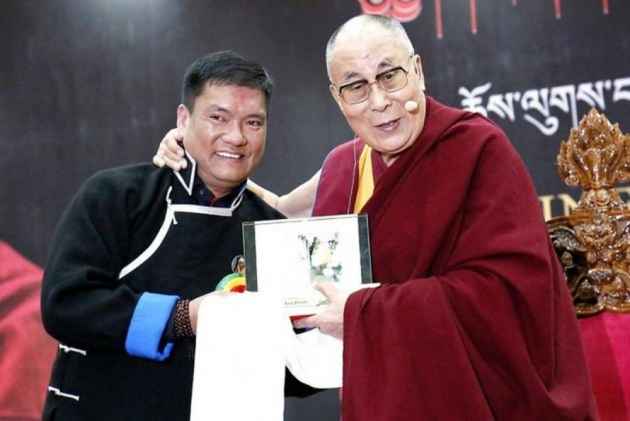 In a significant development, the Centre is believed to have directed its officials and senior leaders not to attend events featuring Dalai Lama that are scheduled to be held in March-end and early April.
The Indian Express reported that the government has cited this as a very sensitive time for Indo-China diplomatic relations and asked its officials to avoid attending events the Tibetan government in exile plans in India.
Foreign secretary Vijay Gokhale had sent a letter dated February 22 to cabinet secretary PK Sinha regarding this, and four days later, Sinha issued the directive to all government functionaries, The Indian Express report added.
The note says the next two months are a “very sensitive time” for relations with China and asks leaders to stay away from events the “Tibetan leadership in India” has planned in March and April to mark the 60th year of the Dalai Lama’s exile.
Quoting Gokhale’s note to underline “the sensitive nature of the subject”, Sinha, in his note to secretaries and heads of government departments, said participation in these events “should be discouraged” and “accordingly, you are requested to ensure appropriate action in the matter”, the newspaper report added.
In his note, Gokhale said: “We understand that this includes a large public event titled ‘Thank You India’ being organised at Thyagaraj Sports Complex in New Delhi on 1 April, 2018. The Dalai Lama set-up also intends to invite a number of Indian dignitaries. These are likely to be followed up by additional events in Delhi as well as other States of India.”
In a note to secretaries and government department heads, Sinha said leaders “should be discouraged” from taking part in these occasions.
However, an official government spokesperson on Friday clarified news agency ANI that the Dalai Lama has been "accorded all freedom to carry out his religious activities in India." The ministry of external affairs reiterated that New Delhi's stance on the spiritual leader was "clear and consistent."
"Government of India's position on His Holiness the Dalai Lama is clear and consistent. He is a revered religious leader and is deeply respected by the people of India.  There is no change in that position. His Holiness is accorded all freedom to carry out his religious activities in India," the statement read.
The 82-year-old Dalai Lama on Thursday said he feels inspired to continue his work for 20 years. The Tibetan spiritual leader said he wants to continue his work despite his old age.
He said this after more than 875 nuns from 40 nunneries, representing the five sects of Tibetan Buddhism and Bon tradition, from India, Nepal, and Bhutan organised a prayer for the long life of the Dalai Lama at the main temple - Tsuglagkhang - in Dharamshala.