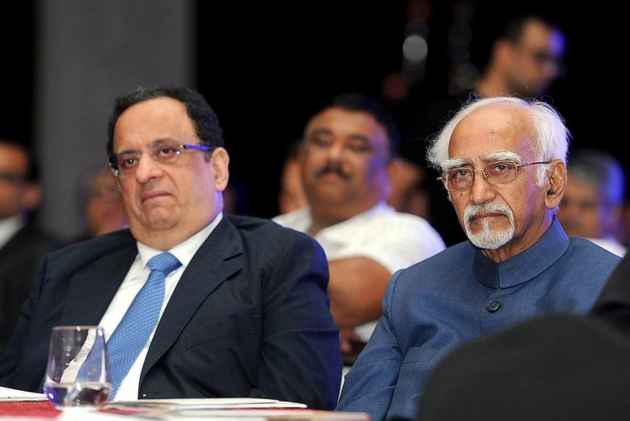 The VHP attacked former vice-president Hamid Ansari on Sunday for attending an event organised by the women's wing of Popular Front of India which is under the scanner for alleged links with terror outfits.

"He was spreading dissatisfaction in the Muslim community even when he was holding the post of Vice President," he said.

Ansari attended the two-day international conference on "the role of women in making humane society" in Kerala's Kozhikode organised by the Institute of Objective Studies in association with the National Women's Front, the women's wing of the PFI.

However, PFI sources in Kerala said that only the Delhi- based Institute of Objective Studies organised the event and the PFI has not organised it.

Jain in a statement alleged that the PFI is nothing but a new and extended avatar of banned outfit SIMI.

He also alleged that the PFI is involved in terror activities and the killing of "patriots" in Kerala.

Earlier, the Calicut University which had allowed the programme to be held at the varsity campus, later cancelled the permission saying that the Federation of Muslim Colleges, the parent body of the Chair of Islamic Studies at the University, objected to certain organisations which were not part of of the programme later collaborating with it.

The National Investigation Agency (NIA) in a report to the Union Home Ministry had claimed that the PFI has been involved in terror acts, including running terror camps and making bombs, and it was a fit case to be declared banned under the Unlawful Activities (Prevention) Act (UAPA).

The PFI reportedly has presence in 23 states and is strongest in Kerala, Tamil Nadu and Karnataka.