We Believe In Adityanath's Assurance On Ram Temple, Says VHP

"The way in which the chief minister has made us believe that soon Ram Temple will be constructed in Ayodhya, I have full faith in him that it will happen. We need to have patience" Champat Rai said. 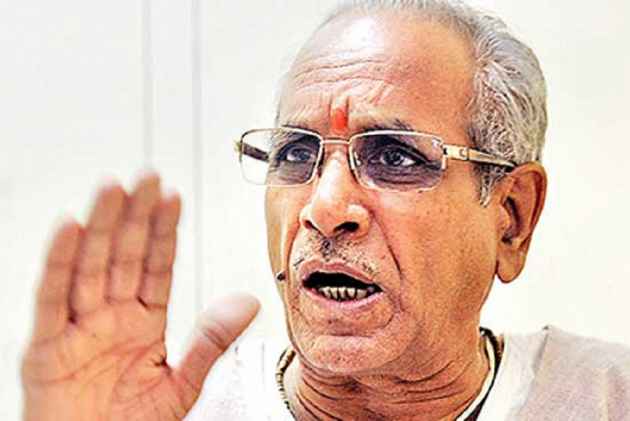 "VHP is determined on the issue of Ram Temple. We know Lord Rama was born in Ayodhya and it is also true that there was a temple where he is virajmaan now. We cannot let Ayodhya turn into a Muslim university or an Islamic centre," he told reporters in Gorakhpur, the home turf of Adityanath.

"The way in which the chief minister has made us believe that soon Ram Temple will be constructed in Ayodhya, I have full faith in him that it will happen. We need to have patience," he said.

He said Adityanath has also assured seers on the matter.

"The structure which was demolished was not constructed according to the beliefs of Islam" claimed Rai  .

Claiming that no research has been done on cows since Independence, Rai demanded that a separate 'cow ministry' be set up.

Referring to the influx of the Rohingya Muslims into the country, he said: "India is not a 'dharamshala' and there should be strict laws for refugees."

He also said VHP is planning to celebrate August 14, the independence day of Pakistan, as 'Akhand Bharat Diwas'.