Karnataka's Padikkal is the leading run-scorer of the tournament, Mumbai's Shaw is not far behind with 589 runs in his kitty. 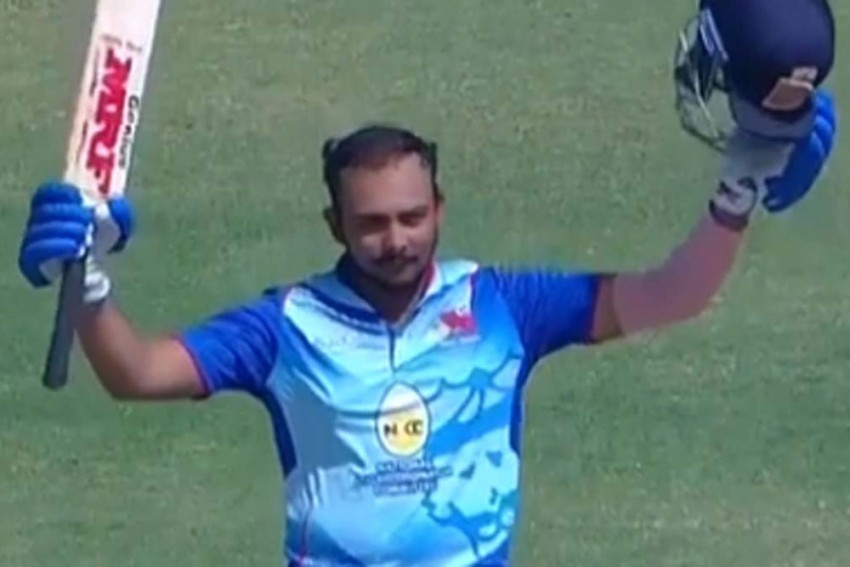 It will be a battle of the big-hitters when prodigiously talented openers Prithvi Shaw and Devdutt Padikkal square off against each other in a semifinal clash between domestic giants Mumbai and heavyweights Karnataka in the Vijay Hazare Trophy one-day championship here on Thursday.

While Padikkal, who smashed four consecutive List A hundreds to become the first Indian to achieve the feat, is the leading run-scorer of the tournament with 673 runs, Shaw is not far behind with 589 runs in his kitty.

Shaw, who will be leading Mumbai, has been on a record-breaking spree. The  diminutive right-hand batsman became the highest individual scorer in the history of the tournament when he smashed an unbeaten 227 against Puducherry in the group stage match.

On Tuesday, he added another record to his name by notching up the highest score by an Indian in a chase in a List A game when he smashed an unbeaten 185 against Saurashtra in the quarterfinal, surpassing the likes of Mahendra Singh Dhoni and Virat Kohli.

Both youngsters would be keen to score big and push their teams into the final come Thursday.

Padikkal would like to impress the national selectors once again and push his case for a berth in the ODI squad for the upcoming three-match series against England.

Karnataka have an array of experienced players like Manish Pandey, pacers Ronit More, M Prasidh Krishna, all-rounder Shreyas Gopal and spinner K Gowtham and could have a slight edge over Mumbai, who boasts of several youngsters and will be without the services of regular skipper Shreyas Iyer, prolific Suryakumar Yadav and pacer Shardul Thakur.

For Karnataka, another advantage is the form of skipper Ravikumar Samarth, who is second highest on the leading run-scorer list for this year, having amassed 605 runs.

He hit a whirlwind 192 in the quarterfinal against Kerala and would be more than keen to put up a show once again.

For Mumbai, who last won the tournament in 2018-19, a lot will also depend on how their bowlers led by medium pacer Dhawal Kulkarni (13 wickets) perform.

The role of spinners Shams Mulani, Prashant Solanki and Tanush Kotian and all-rounder Shivam Dube will also be equally important.

The second semifinal between Gujarat and Uttar Pradesh, to be played at the Arun Jaitley Stadium, can be touted as the battle of equals.

Both teams will rely on the performance of their skippers -- Priyank Panchal (Gujarat) and Karan Sharma (UP).

Line-up:
Gujarat vs Uttar Pradesh match starts at 9am at the Arun Jaitley Stadium.

Mumbai vs Karnataka match starts at 9 am at Air Force Ground, Palam.