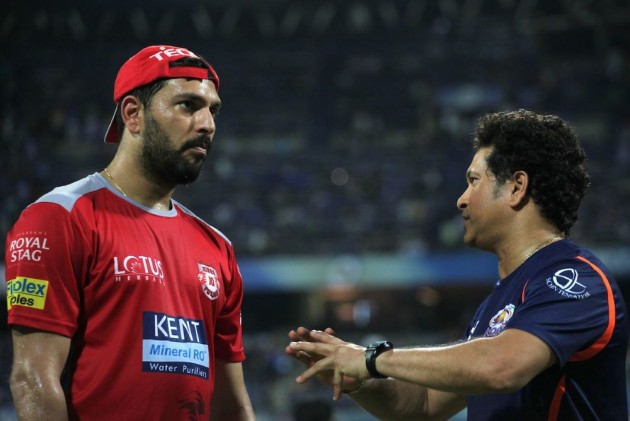 Tendulkar raised his maiden half-century of the tournament while the Yuvi showed his class with an unbeaten 52.

Tendulkar played a fluent knock making 37-ball 60 with the help of nine boundaries and a six, while Yuvraj’s 22-ball 52 included four sixes in succession and two fours.

S Badrinath contributed 42 (34b, 2x6, 4x4), while Yusuf Pathan, too, joined the party with his big hits by contributing a quickfire 10-ball 23 with two fours and as many sixes.

“In my prime I used to hit 6 sixes, now I am hitting 4 sixes!”Love you Yuvi! Thoroughly enjoyed that!#Legends#ColorsCineplex

Yuvraj the turned the clock back all the way to 2007 T20 World Cup and his feat of six sixes.
Up against Zander de Bruyn, Yuvraj hit four sixes.

One of the most beautiful things in cricket, is watching the #PieChucker hitting sixes so easily! @YUVSTRONG12