Viral Acharya, a deputy governor of the Reserve Bank of India, has resigned from his post at the Central bank six months before his term was scheduled to end. 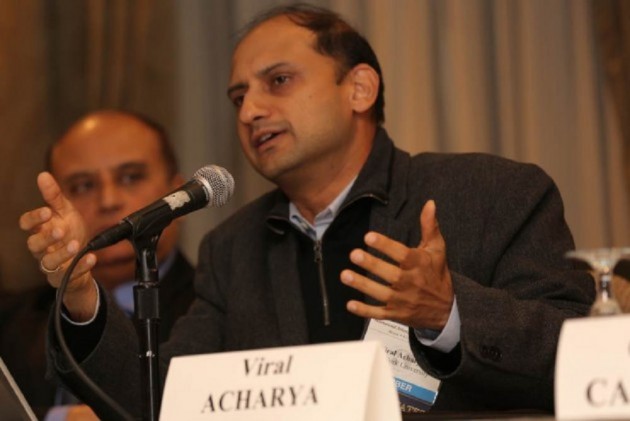 Viral Acharya, Deputy Governor of the Reserve Bank of India (RBI), has resigned from his post, six months before the scheduled end of his term at the Central bank.

Acharya, who had joined the RBI on January 23, 2017, had put in his papers a few weeks before the latest meeting of the Central bank's monetary policy committee (MPC) earlier this month, Business Standard reported on Monday.

"A few weeks ago, Acharya submitted a letter to the RBI informing that due to unavoidable personal circumstances, he is unable to continue his term as a Deputy Governor of the RBI beyond July 23, 2019," the RBI said in a short statement Monday.

Consequential action arising from his letter is under consideration of the competent authority, it said.

Since Acharya was appointed by Appointments Committee of the Cabinet headed by Prime Minister Narendra Modi, the resignation would also be accepted by the panel.

He will return to teach at New York University Stern School of Business (NYU Stern) in August, as the CV Starr Professor of Economics.

Earlier this week, the Economic Times reported that RBI Governor Shantikanka Das and Acharya had differing opinions for the second consecutive time on key emerging issues that would drive the monetary policy decisions.

To spur the economy, the RBI had cut repo rate by 25 bps to 5.75 per cent in June while switching to "accommodative" stance implying amenable to further cuts.

This is the third time on the trot that the six-member Monetary Policy Committee (MPC) has decided on a 25-basis points rate cut, making it a hat-trick of repo rate cuts.

The rate cut also comes in the backdrop of benign retail inflation. Following the MPC decision, the repo rate now stands at 5.75 per cent against 6 per cent earlier.

This is the second high profile resignation in the past six months at  RBI. In December, governor Urjit Patel resigned nearly nine months before the end of his scheduled term over differences with the government.

Acharya had joined the central bank last year after Patel was elevated to the post of governor in September 2016. The RBI is now left with three deputy governors N S Vishwanathan, B P Kanungo and M K Jain.

Acharya, who once called himself the 'poor man's Raghuram Rajan', was appointed for three years.

He took over at a time when the central bank was facing criticism for repeated changes in the rules related to deposit and withdrawal of money, post-demonetisation.

Last year, amid reported tensions between the Centre and the Bank, Acharya's speech on "undermining a central bank's independence" had made headlines for its scathing and open criticism.

"Governments that do not respect central bank's independence will sooner or later incur the wrath of financial markets, ignite economic fire and come to rue the day they undermined an important regulatory institution," Acharya had said while delivering the A D Shroff Memorial Lecture in October last year, almost two months before the then RBI Governor Urjit Patel resigned from his post.