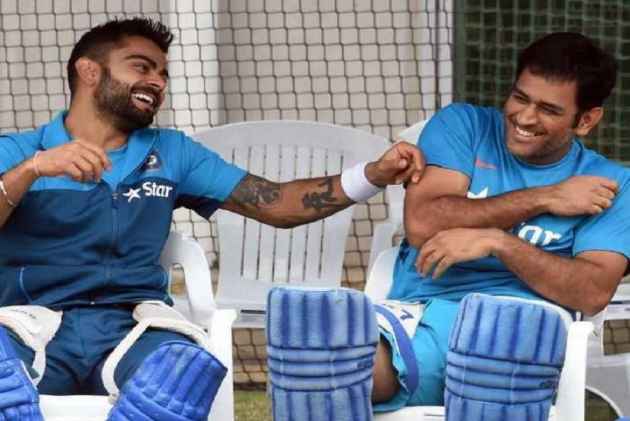 The former Indian skipper Sourav Ganguly has accredited MS Dhoni's recent renaissance to the positive effects of Virat Kohli's captaincy. The 45-year-old insisted that the veteran wicket-keeper's sparkling run of form with the bat has stemmed from Kohli's unshakeable faith in his prowess.

After a quiet year or two with the bat, according to PTI, Mahendra Singh Dhoni has come back strong with 627 runs in 19 games at an average of 89.57.

“Players are made and players are broken by the faith you show in them. And I think Virat Kohli is responsible for what we are seeing of MS Dhoni today,” Ganguly told India Today.

"When players play for so long, MS has played over 300 ODIs for India, they know how to get runs. More than 9000 runs for Dhoni in one-day cricket and he'll get a few more by the time he finishes," Ganguly added.

According to reports, Dhoni played a calculated 79-run knock and struck a 118-run partnership with Hardik Pandya that saved India from early jitters and guided them to a 26-run win (D/L Method) in the rain-hit first ODI against Australia on Sunday. This was his 66th half-century in ODIs and 100th in international cricket.