If approved by Sports Minister Rajyavardhan Singh Rathore, Kohli will become the third cricketer to get the Khel Ratna after the Tendulkar and the double world cup-winning captain skipper Mahendra Singh Dhoni. 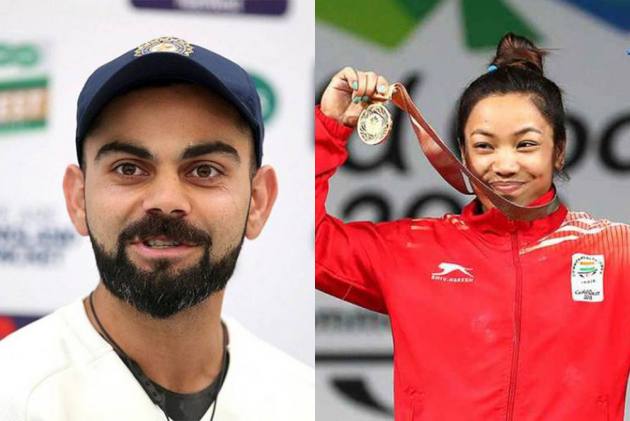 Kohli, 29, became the first Indian after legendary Sachin Tendulkar to top the ICC Test batting charts. The India captain has scored runs everywhere, in loads. In the just concluded tour of England, the right-handed batsman scored two hundreds in the losing cause. India, however, lost the five-match series 1-4.

This year, Kohli is a favourite after having led India to victories against England and Australia at home and away wins against West Indies and Sri Lanka. The Indian team has also won limited-overs series in South Africa under Kohli's leadership.

The skipper ended the recent England series with a phenomenal 593 runs even though it was not considered in the selection cycle.

Mirabai, 24, was recommended for the prestigious award following her gold medal in 48kg category at the World Championships last year.

She also bagged the yellow metal in this year's Commonwealth Games but didn't compete at the Asian Games due to injury.

For Chanu, the award comes as a massive morale-booster as the Manipuri girl is currently recovering from a lower back injury, which forced her to skip the Asian Games in Jakarta. She is the current Commonwealth Games gold-medallist and India's only medal hope in weightlifting going into the 2020 Tokyo Olympics.

A source in the committee told PTI that shuttler Kidambi Srikanth's name was also been discussed.

If approved the Sports Ministry, both Kohli and Mirabi will become the third cricketer and weighlifter respectively to get the Khel Ratna.

Here's the list of players who have won Khel Ratna: