Visva-Bharati Announces Schedule For Four-Day Event, No Word Yet On 'Poush Mela'

A Visva-Bharati official said the university has decided against holding the fair for the second consecutive year in the wake of the COVID-19 pandemic and rise in Omicron cases. 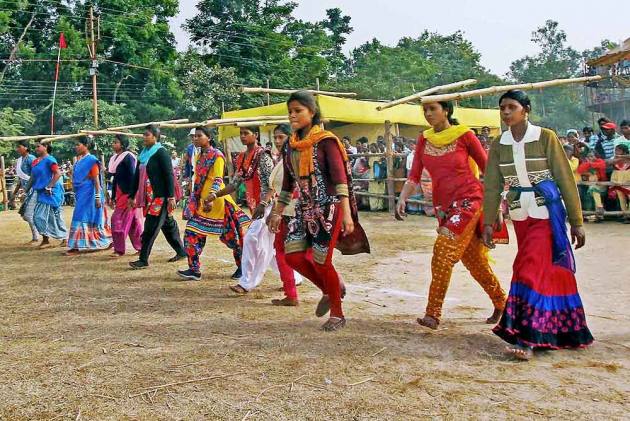 Visva-Bharati has announced the schedule for a four-day on-campus event 'Poush Utsav', beginning Wednesday, while remaining tight-lipped about the observation of the annual heritage fair.

'Poush Mela' -- the annual heritage fair -- showcases diverse art and craft in West Bengal's Santiniketan during this time of the year, drawing lakhs of people from across the country as well as abroad. The central university issued a notice on Tuesday, stating that baitaliks (musical procession), prayers, foundation day celebrations and Christotsav (Christmas) will be the highlights of four-day 'Poush Utsav', traditionally held alongside 'Poush mela', but made no mention about the cultural event.

Taking exception to the notification, the Visva-Bharati University Faculty Association (VBUFA) said it "strongly condemns the recent hide-and-seek policy of the administration". "Till date, we have not been told officially that the university is skipping 'Poush Mela'. Visva-Bharati failed to show minimum courtesy to acknowledge the letter received from Bolpur Municipality and Santiniketan Trust, expressing their interest to conduct 'Poush Mela'."

A Visva-Bharati official said the university has decided against holding the fair for the second consecutive year in the wake of the COVID-19 pandemic and rise in Omicron cases. To this, a VBUFA member said, "First of all, there is no government prohibition on holding a mela if some precautions are taken. In fact, Gangasagar mela and bookfair are being held with government approval and support.

"Second, if there is any threat of COVID-19 and Omicron, as claimed by Visva Bharati officials, it is the university that is going to make everyone vulnerable to these threats by mobilising hundreds of people for Poush-Utsav." Meanwhile, Bangla Sanskriti Mancha, a cultural group, in association with a local traders' body, has decided to organise an alternative fair at another venue, instead of the Poush Mela ground, for five days from December 23.

"We have also sent an invitation letter to Vice-Chancellor Bidyut Chakraborty's office but no confirmation has been given about his visit thus far," a spokesperson of Bangla Sanskriti Mancha said.'Poush Mela', which dates back to 1894, had not been held only thrice up until now – first during the Bengal famine in 1943, then because of the Great Calcutta Killings of 1946, and finally owing to the COVID-19 situation last year.