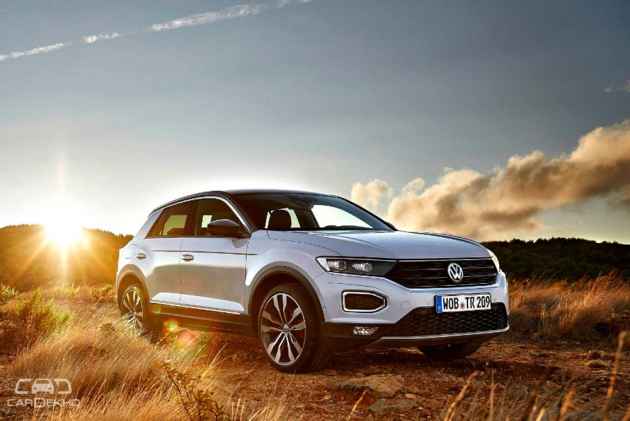 Volkswagen recently previewed a new midsize SUV that will slot in between the Tiguan and the upcoming India-bound T-Cross compact SUV. The German carmaker has reportedly internally codenamed it ‘Volks-SUV’ or ‘people's SUV’ and it will be revealed in China in August 2018.

The new SUV, which is yet to get its official name, will be underpinned by Volkswagen’s MQB platform, which it will share with the Skoda Karoq and the Seat Ateca. What the India-bound Karoq (Yeti’s replacement) is to Skoda, the ‘Volks-SUV’ is to Volkswagen.

It is the first product developed by Volkswagen’s Chinese subsidiary for the global markets except Europe. That’s because, in Europe, Volkswagen already sells a similarly packaged product, the T-Roc (check out the picture above). The Volkswagen T-ROC is smaller than the Skoda Karoq and the Seat Ateca and has a swooping roofline. In order to differentiate its two products, the T-Roc and the new SUV, in the same segment, the latter will have a muscular and butch exterior design, and that’s what its first teaser image depicts (check out the picture below). In fact, it looks like a smaller version of the VW’s full-size, seven-seat SUV, the Atlas/Teramont.

We expect this new VW SUV to be roughly the same size as the Skoda Karoq and the Seat Ateca (Seat is also a car manufacturer that falls under the Volkswagen Group). Here’s a dimensions comparison between the Jeep Compass, the Skoda Karow, the Ateca and the T-Roc.

The equipment list of the VW SUV is also expected to be similar to the Skoda Karoq, which packs a 12.3-inch digital instrument cluster, the second generation of VW Group’s Modular Infotainment Matrix (touch screen systems), and LED headlamps and taillamps, to name a few. Powertrain options are likely to be shared with the Karoq too. The Karoq packs 1.0-litre and 1.5-litre turbocharged petrol engines along with 1.6-litre and 2.0-litre diesel motors. Expect the engines to be paired either with a 6-speed manual gearbox or a 7-speed DSG (dual-clutch automatic) like the Skoda.

While it will be introduced in China this year, the global rollout of the  VW SUV will only happen in 2020. Volkswagen has selected Russia, Mexico and Argentina along with China as its global manufacturing hubs. There are chances that the new ‘Volks-SUV’ will be introduced in the Indian market as VW calls the new SUV a global SUV. The Jeep Compass, a rival of this VW SUV globally, is selling like hot cakes in India and limited competition in this space makes the case even stronger for the new VW SUV. Skoda is already bringing the Karoq to India later this year and it is most likely to come via the CKD (completely knocked down) route. So VW could also follow the same route and put together the SUV at Skoda’s Aurangabad facility where all the MQB-based vehicles are currently being assembled, including the VW Tiguan. Like the Skoda Karoq, expect the price of the ‘Volks-SUV’ to begin from around Rs 18 lakh, if launched in India.