The electorate for this election comprises elected members of urban and rural local bodies, and unlike legislative assembly or Lok Sabha polls, council contests are decided by preferential votes. 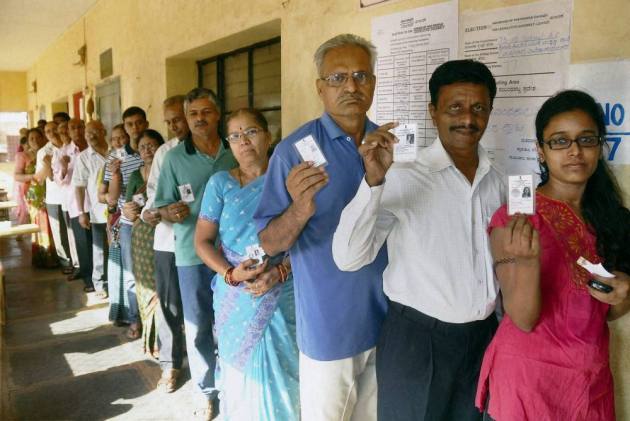 Voting is underway for the biennial election to the Karnataka Legislative Council's 25 seats from 20 Local Authorities' Constituencies on Friday, for which 90 candidates are in the fray.

The polling that began at 8 am will go on till 4 pm. The results will be declared on December 14. Out of total 90 candidates in the fray, 20 each are from BJP and Congress, six from JD(S), 33 independents and rest are all from smaller parties. Among the candidates, there is only one woman from Chickmagalur.

The electorate for this election comprises elected members of urban and rural local bodies, and unlike legislative assembly or Lok Sabha polls, council contests are decided by preferential votes. The election is necessitated as the term of 25 incumbent MLCs — 14 Congress, seven BJP and four JD(S) — will end on January 5 next year. The poll outcome will have a bearing on the power equation in the 75-member Upper House, where the ruling BJP wants to gain a majority.

The BJP that has expressed confidence about winning maximum seats, needs to win at least 13 seats to secure a majority. The good performance in this election will be a morale booster for the party after losing the Hangal seat in Chief Minister Basavaraj Bommai's home district of Haveri, during the recent assembly bypolls.

The Congress too is determined to win maximum seats to keep the BJP away from gaining control of the upper house; while JD(S) has expressed confidence about winning all the six seats it is contesting in. With the aim to get a majority in the Council, State BJP strongman and former Chief Minister B S Yediyurappa had openly sought JD(S)' support for BJP candidates in the seats where the regional party is not contesting.

However, amid buzz about a possible pact with the ruling BJP, JD(S) leader H D Kumaraswamy recently said that local leaders have been authorised to take a decision on whom to support in the seats where his party is not contesting, keeping in mind the prospects for the 2023 assembly election.

The elections is being held for two seats each from the local authorities constituencies of Bijapur, Belgaum, Dharwad, Dakshina Kannada and Mysuru; and one each from Bidar, Gulbarga, Uttara Kannada, Raichur, Bellary, Chitradurga, Shivamogga, Chikmagalur, Hassan, Tumakuru, Mandya, Bangalore, Bangalore Rural, Kolar and Kodagu.