Gauri Lankesh, known for her progressive and fearless writing, was shot dead at close range by unknown assailants at her home here on September 5 2017. 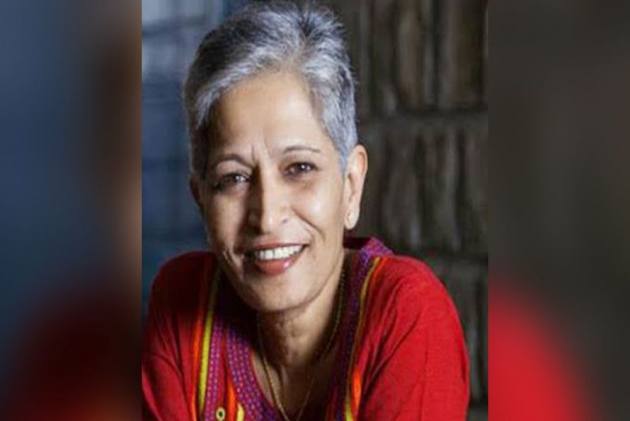 The Special Investigation Team probing the Gauri Lankesh murder case got a major breakthrough with a Gujarat based forensic lab confirming that Parashuram Waghmare shot and killed her here on September 5 last year.

SIT sources said the entire sequence of events was reconstructed and a video of it along with CCTV footage on the day of incident sent to the Directorate of Forensic Science, which confirmed that the man in both the visuals was the same.

"The FSL lab confirmed that the person who appeared in both visuals was the same. It establishes our line of investigation," said the SIT officer, requesting anonymity.

Gauri Lankesh, known for her progressive and fearless writing, was shot dead at close range by unknown assailants at her home here on September 5 2017.

Meanwhile, the SIT has intensified its hunt for some more people who were either part of the Lankesh murder case directly or indirectly. It has so far arrested 12 people. "They have absconded after the Maharashtra ATS launched a manhunt for them. They are all from Maharashtra and Goa," the officer said.

"The group has a vast size and network and is active across India. We have identified many of them and have shared the names of people involved in such crimes with our higher ups. It is up to them take action," he said.

This fringe group, which has killed four prominent persons, Narendra Dabholkar, Govind Pansare, M M Kalburgi and Lankesh, showed signs of its presence after the Margao blast
about nine years ago.

They prepared a hitlist of 26 people and had killed four of them and recceed the activities of other prominent people, including Jnanpith awardee and playwright Girish Karnad, K S Bhagawan and a few politicians and religious seers, the officer said.

"In Karnataka, it was Manohar and Sujith who were recruiting people, while Amol Kale was the kingpin of the gang and mastermind of Lankesh murder case," an SIT officer said.

During raids at the houses and hideouts of these gang members, police discovered books authored by Jayant BalajiAthavale, the hypnotherapist who founded right wing Sanatan
Sanstha in 1999.

The Sanstha has been accused of having links with people arrested in connection with the killings of rationalists Narendra Dabholkar, Govind Pansare, M M Kalburgi and also Gauri Lankesh, as well as seizure of explosives by the Maharashtra anti-terror squad. The outfit has however claimed that those arrested were not its members.